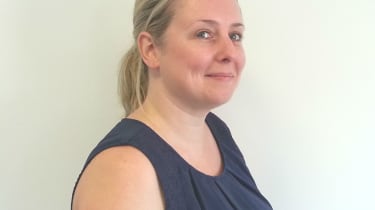 Today marks the first in my now-weekly editor's column. I've had a very busy week of meetings and ideas generation to please you dear readers so, rather than give you a page of random musings, I thought I'd share my recent thoughts from NetSuite's cloud conference...

"Everything changes but you" is, for those old (or sad enough) to remember, a line in a Take That song. It may seem odd starting a tech article with lyrics from a boy band, but it does seem fitting as I write this from Las Vegas airport waiting to come home after a week spent here with NetSuite, its customers and partners.

First up, the location has changed. Gone is sunny (and fairly quiet) San Jose. This year's SuiteWorld was held in Las Vegas, party central of the world. But, in some respects, this party felt like the kind of celebration you'd find if a venue had been double booked for two very different types of event.

The reason I say that is because it was a week of mixed signals. We had the public messages around how fabulous things were, but I couldn't help but focus on what wasn't being said, versus what was being openly talked about. But it is  my job to be sceptical about pretty much everything, so maybe I'm overthinking things a tad.

It's been less than a year since the Oracle acquisition of NetSuite was announced. The deal formally closed in November. If this was a marriage, people wouldn't be so quick to judge, but the tech industry moves at lightning speed and there was (and still is now, but to a lesser extent) a lot of FUD around this particular union, not least from NetSuite customers and partners.

While Oracle and NetSuite - together and separately have addressed those concerns since then, it's been a rather piecemeal approach, so this SuiteWorld was really their first opportunity to address concerns on a global stage (SuiteWorld 2017 had around 7,000 attendees, plus probably thousands watching the live stream).

Marc Hurd, Oracle CEO, took to the stage during the opening keynote to reminisce about why the firm decided to acquire NetSuite and establish what its intentions were. On the face of it, these intentions to grow globally, invest and re-invest and to focus on continuity of innovation and support seem entirely honourable. Delegates were treated to a raft of new product and feature announcements and Hurd kept uttering the word forever.' Forever does mean forever, right?

Backed by Oracle, NetSuite can no doubt achieve things it was either struggling to do well or were entirely out of reach. Some, however, have raised questions about whether revisiting an old relationship is foolish or sensible, given the benefit of hindsight.

See, Oracle and NetSuite have history. Many NetSuite execs worked at Oracle prior to working for the firm, including company founder Evan Goldberg who left to set up what was then called NetLegder in 1998. Larry Ellison was an early investor, giving Goldberg $125million and, until the acquisition, owned 40% of the company's shares something that raised eyebrows and opened the deal up to further regulatory scrutiny.

Furthermore, the NetSuite platform was developed using database software licensed from Oracle and, for a brief period, Oracle re-licensed NetSuite's wares and rebranded as the Oracle Small Business Suite.

It's clear, then, that these two companies are far from strangers. But will their future see them remain on friendly terms? The company cultures are almost polar opposites but that seems largely understood and catered for. A prime example here would be the fact that the Oracle and NetSuite partner programmes and incentivisation schemes will remain as is. The reason? Absolutely an if it ain't broken, don't fix it' mentality. While two schemes are very different, both work well.

Will there be a SuiteWorld in 2018? The answer when asked was a resounding yes, but only time will really tell. Execs kept referring to the acquisition as the "elephant in the room" and Goldberg even quipped during his keynote that his black suit wasn't because he was in mourning

Ultimately, with all things considered, I do think customers and partners will benefit. They'll have access to a wider portfolio, increased (global) support and all of that jazz. It's just going to take a period of adjustment and acceptance of what needs to change and what needs to remain the same.