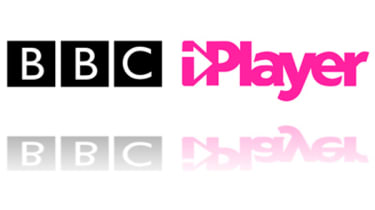 The BBC and Microsoft have created a version of iPlayer that uses AI to enable users to issue voice commands.

The experiment used "voiceprints" which meant the user could sign into BBC services using their voice and talk to their TV to select a programme to watch.

Cyrus Saihan, head of digital partnerships at the BBC, outlined how the software worked, saying that AI software would recognise a user's voiceprint through the characteristics of the users voice, such as tone, modulation and pitch. The software would then process the information and match it to a voice sample stored in the cloud.

Saihan added: "Artificial intelligence software checks that you are who you say you are and then signs you in, without you having to type anything."

Experimental version of @BBCiPlayer allows individuals to sign in & talk to their TV using their unique voiceprint. https://t.co/mVjfnzYXpR. pic.twitter.com/YsxeEaPFXa

He explained that after training the computer, a user could log in by saying their name and phrase.

The internal prototype of the software also meant that users could select a programme using their voice. "For example, saying "BBC...show me something funny" brings up a selection of comedy programmes. If you say "BBC...what's going on in the world?" the BBC News channel turns on and starts playing. Saying "BBC... put Eastenders on for me" starts playing the latest episode" said Saihan.

He pointed out that so far what they have built is only "a proof of concept" and it was an experiment that was at the early stages of development.

Saihan also alluded to future uses of the software, highlighting that if a family were sitting together in a room the TV could automatically detect their voices and suggest programmes suitable for all of them to watch.

He finished by saying it was an experiment "designed to help us better understand how emerging technologies could impact the media industry and provide us with an opportunity to improve the experience for our audiences in the future".

Gartner believes that voice assistants will help drive future device growth and that by 2020 30% of web browsing sessions will be carried out without a screen. Despite this, there have been numerous privacy concerns surrounding AI, with research showing that consumers would use AI but preferred to keep their data private instead of using a more convenient service.