Sony blockchain-based service aims to revamp how qualifications are shared 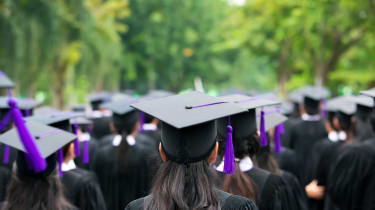 Sony Global Education, a subsidiary of Sony that develops international education services, has announced it's working on a new blockchain-based certification platform designed to make it easier for students to share their qualifications with employers.

The new service, built using IBM's Blockchain, allows schools and universities to host a student's entire educational history, providing a means for companies and educational authorities to gain an accurate view of a person's qualifications.

Qualifications can often be difficult to share or prove, particularly if they're tied to pieces of paper, informal achievements, or qualifications gained at international institutions. The system essentially creates an immutable hub for all those disparate records that can be shared securely with organisations, safe in the knowledge the information has been verified.

"Blockchain technology has the potential to impact systems in a wide variety of industries, and the educational sphere is no exception when educational data is securely stored on the blockchain and shared among permissioned users," said Masaaki Isozu, president of Sony Global Education, in a statement on Wednesday.

"We are pleased that we have worked together with IBM to build a new system which can help effect real change in the education sector."

The service would be especially useful for individuals seeking to move to other areas of the world to work, as qualifications lack standardisation and proving authenticity can be difficult. A blockchain-based service will allow users to carry their history with them wherever they go, in a system that any organisation has access to, according to the statement.

IBM Blockchain was revealed in March at IBM Interconnect 2017 and, the company claims, is the industry's first enterprise-ready blockchain service. Using IBM cloud and powered by the Linux Foundation's Hyperledger Fabric 1.0, it delivers a peer-to-peer distributed network that synchronises data for every individual accessing the service.

It's yet another example of how blockchain, which came to prominence with the rise of cryptocurrencies, is being successfully applied to new industries.

Sony is said to be working with a number of educational institutions to have something ready to launch in 2018. Outside of education, Sony Group says it's discussing using the technology in other industries, including supply chains and logistics.