Walmart creating own cloud with Nvidia 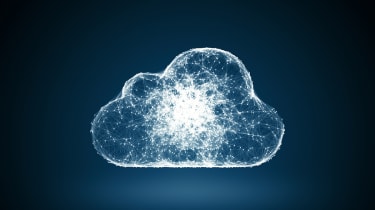 Walmart has revealed it'll use Nvidia's chips to turbo boost its machine learning tools in the hope of taking on the likes of AWS, which is increasingly using GPUs to analyse the vast amounts of data in its datacentres.

Walmart is setting up its own datacentres, which it'll use to glean more insights about its customers, hopefully boosting its retail performance against arch-rival Amazon, which has its very own AI operation thanks to its subsidiary, AWS.

The next stage in its data processing empire will include developing deep neural networks using clusters of Nvidia's chips to provide the power required to analyse the huge amounts of data it holds on customers and transactions.

However, Global Equities analyst Trip Chowdhry wrote in a research paper uncovered by Barrons that Walmart intends to build a "GPU farm" that would be much smaller than Amazon's facility - in fact, about a tenth of the size - but should still be able to keep up.

"Within [the] next 6 months or so, Walmart is going full steam with DNN (Deep Neural Networks) and will be creating its own [Nvidia] GPU Clusters on Walmart Cloud," Chowdhry wrote. "This is incrementally positive for [Nvidia's] GPU Business."

It's pretty common knowledge that Walmart refuses to use anything remotely Amazon-related, because, after all, it's the company's biggest rival even though Walmart owns brick and mortar stores as well as having an extensive online operation.

To continue its anti-Amazon mindset, it developed its own OneOps cloud to run much of its infrastructure and it's now licensing the tech to other companies that perhaps don't want to use a big player like AWS, Google and Microsoft's Azure.