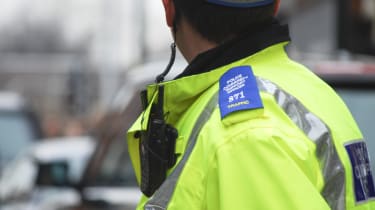 London's Metropolitan Police service has chosen Box's cloud storage platform as it aims to improve efficiency and collaboration across the force.

The Met has taken out a 50,000-seat license, which will cover its 44,000 officers and support staff with 10% extra headroom to spare, as part of its move towards digital policing.

"It's my job to deliver digital transformation at the Met and to equip our officers and staff with the best technology to enable a constantly-improving service and response to crime in London," said Met CIO Angus McCallum.

"By choosing Box, we're transforming how we access content across the force, making us much more effective and efficient, which is absolutely critical when working on the frontline of law enforcement."

Box said the Met has highlighted a number of key technological challenges that they will be able to solve using the company's platform, such as sharing evidence across multiple different arms of the force. Providing a central searchable repository for CCTV recordings, for example, will allow officers to collaborate without having to load footage onto physical media like USB drives or DVDs and travel to different areas.

Its decision to adopt a cloud-based collaboration platform is part of its ongoing efforts to modernise its IT landscape. The force is also in the process of upgrading its estate of around 18,000 computers from Windows XP to Windows 8.1, after which they will make the jump to the most recent version of the OS, Windows 10.

"The Met is the largest police force in the UK," said David Benjamin, Box senior vice president and general manager of EMEA. "By choosing Box, the Met is empowering its workforce to work in smarter ways as they fight crime. We're absolutely thrilled that Box can help power the Met's incredible work protecting the city of London."