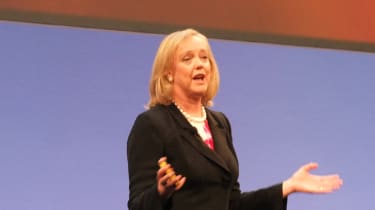 Dropbox has appointed HPE boss Meg Whitman to its board of directors, as it focuses on scaling up ahead of a rumoured IPO.

Whitman, previously eBay's CEO when it was a tiny startup wth 30 employees and $4 million in revenue, has also held other leadership positions at Disney, Hasbro, Proctor & Gamble, and will bring her enterprise experience to the cloud collaboration firm.

"Meg is a true business titan and has been a trusted friend and advisor to me for years," Drew Houston, founder and CEO of Dropbox, said. "Her experience and judgment will be invaluable to Dropbox as we continue to grow and scale."

Saying he first met Whitman in 2011, Houston added: "I knew right away she was someone I wanted to learn from."

HPE and Dropbox have previously partnered to build Dropbox's very own cloud infrastructure and HPE is also one of the cloud storage firm's customers.

Whitman and Houston reportedly started discussing the possibility of Whitman joining the board at the beginning of the year - around the same time rumours were whirring that Whitman would become the new CEO of Uber, which in the end went to Dara Khosrowshahi.

Dropbox's last funding round, in 2014, gave it a $10 billion valuation. On Dropbox's board Whitman will work alongside former US Secretary of State Condoleezza Rice and Qualcomm executive chairman Paul Jacobs.

"We're fortunate to have such a world-class leader on our side, and I have no doubt that Meg will help Dropbox reach new heights," Houston finished.