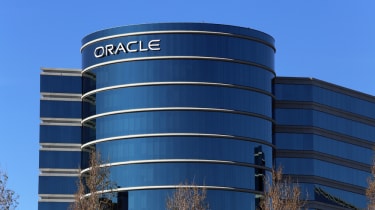 Oracle has joined the Cloud Native Computing Foundation (CNCF) as a platinum member, underlining its commitment to containers and microservices in the enterprise.

Oracle will be joining a number of other companies such as Google, AWS, Microsoft and Cisco as a member of CNCF. Platinum members pay $370,000 for an annual membership at the foundation.

VP of software development Mike Cavage said: "By joining the CNCF, we're making it easier for enterprises to leverage the power of container-native technology to simplify their infrastructure environments to run in true hybrid cloud mode - in any cloud.

"CNCF technologies such as Kubernetes, Prometheus, gRPC and OpenTracing are critical parts of both our own and our customers' development toolchains. Together with the CNCF, Oracle is cultivating an open container ecosystem built for cloud interoperability, enterprise workloads and performance."

Chris Aniszczyk, COO at CNCF, stated: "We are excited to have Oracle join CNCF as a platinum member, and believe that their key role will help define the future of enterprise cloud."

Oracle also announced that it is releasing Kubernetes on Oracle Linux and open sourcing a Terraform Kubernetes Installer for the next-generation Oracle Cloud Infrastructure. It hopes developers can easily set up and deploy their orchestration environment in a matter of minutes.

In August, AWS joined the CNCF as a Platinum member, which sparked rumours that the company could launch its own Kubernetes-based container management service. Amazon hosts a large number of Kubernetes deployments so it made sense for the company to join the consortium.