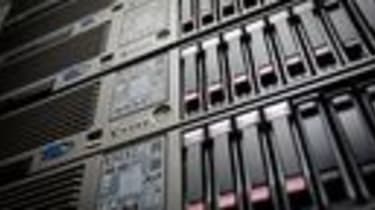 Organisations are facing difficulties in recruiting staff for their data centres, according to new figures published by 451 Research.

While the total number of IT employees is expected to decline over the coming 12 months, most organisations said the number of personnel dedicated to data centre and facility tasks will stay the same or increase, according to the analyst firm's report, Voice of the Enterprise: Datacentre Transformation.

This was most often attributed to overall business growth (63% of respondents), but more than a third of organisations also pointed to demand from project-driven growth, its survey of 680 IT decision makers found.

But, as a result of these demands, 74% of organisations said that recruiting for data centre and facilities is at least moderately difficult. Respondents pointed to three common reasons: current candidates lack skills and experience, salary asking prices are too high, and there is a lack of candidates in the organisation's region.

Christian Perry, research manager and lead analyst for the report, said that those who do have recruitment challenges say they most often train existing staff to learn new skills due to the dearth of available talent.

While this limits the opportunity for traditional MSPs and infrastructure vendors to offer value-added services, it creates opportunities for them to assist customers with training, for example providing education on eco-friendly HVAC (heating, ventilation and air conditioning) technologies, according to 451.

The analysts also said that only 20.5% of the organisations that face skills shortages plan to move spending to public cloud, compared with 42% that said spending will not be impacted by those shortages, and 32.1% that said they will spend more on talent.

However, 451 Research analysts found differences between organisations that have more generalists than specialists across their IT team.

"When IT teams consist primarily of generalists, they are more likely to invest to secure talent compared with specialist-heavy firms," said Perry.

"We find that siloed organisations tend not to be in a significant period of IT team transition, whereas generalist firms are transitioning to become even more generalist-heavy. This can backfire when personnel leave or retire, forcing them to scramble to find specialist skills in facilities, for example."