Microsoft is still trying to fix its Outlook outage 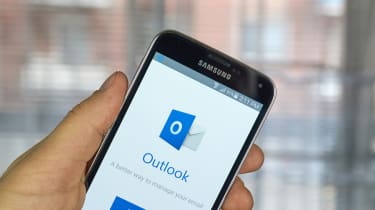 Microsoft's Outlook is still experiencing some issues for European customers, though it appears to be back up and running again in the UK after widespread outages yesterday.

A Microsoft spokesperson told IT Pro: "Intermittent connectivity is affecting our free email service for customers in some European countries, which we are working to resolve as soon as possible."

Downdetector shows that European users were heavily affected by the outage yesterday, with customers in the UK, France, Belgium, the Netherlands, and Spain impacted.

The outage began on Monday morning, with 1,577 reports on Downdetector by 3pm, but seemed to have been fixed by 10pm. However, some users are still experiencing problems with the service, according to comments in Downdetector.

Some are having problems sending and receiving emails and deleting emails, and some reported seeing no trace of emails that were meant to have been received yesterday, according to Downdetector.

Despite this, Microsoft's service status page states "Everything is up and running", suggesting it's fixed in the UK, at least.

The last post on the page posted a final status at 1:25am UTC: "We've verified that new mails are being sent and received as expected, and the previous queue has returned to normal. A very small number of messages sent during the incident may be delivered over the next few hours as the last remaining messages are processed."

Microsoft last suffered a major Outlook outage in January 2016, when problems extended into a ninth day following a faulty update.