View From the Airport: Oracle OpenWorld 2017

How did Oracle's AI and autonomy announcements go down in San Francisco? 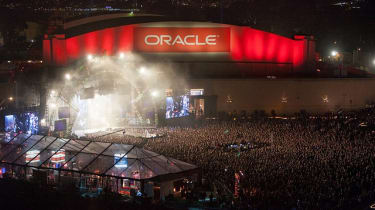 Amid the usual road closures and sight of badge-toting delegates descending on San Francisco for OpenWorld 2017, Oracle managed to ruffle a few feathers aside from those of the city's long-suffering residents.

Larry Ellison took to the stage Sunday night giddy with product announcements he wanted to share - and share he did. Oracle is automating the database, he said, revealing its new generation of database, 18c, the Autonomous Database.

This self-patching database could have stopped Equifax from being breached, Larry gleefully told the 60,000-strong audience, and rather than spelling the end for database administrators, will automatically tune itself to free them up to focus on more important tasks.

As Oracle's flagship announcement this was a blockbuster, but it's debatable how much IT departments will want to let their database run itself: Larry's examples of more important admin tasks included setting access policies and defining mission-critical data, but there's still plenty of decisions admins won't want to leave to the database. That said, I met a customer who was very excited about its potential, so it clearly has real-world value.

The autonomous database will power various types of cloud services too, with the first - a data warehousing service - coming online in December. Larry drew Amazon Web Services' ire by comparing how quickly and seemingly cheaply it processes Oracle workloads to AWS's speeds. He also skewered AWS's uptime guarantee, pointing out how many exclusions it has, and promising customers just 30 minutes of downtime a year, with no ifs or buts.

Being Larry, he couldn't help but continue to poke the bear by claiming AWS's Redshift data warehousing service can't scale automatically, saying Oracle's forthcoming one can.

AWS denied the claims and said: "Most people know already that this sounds like Larry being Larry. No facts, wild claims, and lots of bluster." Perhaps; Oracle is a way behind challenging AWS, which sits at the top of the infrastructure market. But this felt more like a pitch to existing customers to deploy Oracle's cloud, not Amazon's. Whether it can persuade AWS customers to make the long and painful move from an AWS database or data warehousing tool to its own is another matter.

Over the next few days Oracle announced a blockchain service, and embedded machine learning into its suite of line-of-business SaaS apps. Blockchain has some clear business use cases, but every IT vendor and their dog is offering it now, so it made sense for Oracle to make a similar offering.

AI enterprise apps, on the other hand, were more exciting. The HR use case Oracle gave was an application that can pick the best candidate for a job, or a CRM system that recommends what follow-up message to send a sales prospect. In reality, humans will continue to make those decisions, but an AI narrowing down job candidates based on their LinkedIn and CV data, or suggesting the best time or way to follow up with a potential customer, makes a lot of sense.

Whenever anybody asks Oracle how it thinks it can make up the gap on AWS in the IaaS space (which is vast), Oracle insists its cloud is a 'full stack' operation - IaaS, PaaS, and SaaS, and decries the questioner's focus on infrastructure. So it's strange that Larry keeps bringing up AWS at conferences, because surely he's inviting the comparison.

However, Oracle is right - it does play across the full stack, and OpenWorld 2017 was an example of Oracle building out its offerings further. The announcements are less transformative, and more iterative, than Oracle's bombast would have you believe, but with the AI apps and automated database, there are some genuinely useful tools that will benefit lines of business departments and satisfy CIOs and CEOs alike. Oracle's roadmap feels confident and clear and it will be exciting to see how customers respond over the next year.