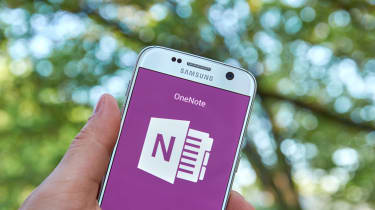 OneNote for Android has been updated, bringing a whole host of new features to the table, including Office Lens integration for beta testers.

Although it's a pretty minor update for 'normal' users, only offering a few bug fixes and the ability to sign in just with your mobile number rather than using an email address and password, making it much faster to get into the app and saving your notes. You may also notice it's a little more stable than the old version, with Microsoft stating "performance improvements" are part of the update.

Office Lens allows you to scan business cards, documents and whiteboards with your Android smartphone's camera; the app will transform it into a digital document for you to change and edit as you please. It also means the files become fully searchable, so you won't have to endlessly scroll through all your pictures on your phone before finding the notes you need.

Office Lens allows you to take the picture from any angle apparently and the app with automatically straighten it up so you can read the information on it. It may sound a little pointless, but there's nothing worse than taking a photo of your notes, only to find you can only read half of the information.

If you're not already a beta tester, you can sign up to be one by heading to OneNote on the Google Play Store and agreeing to get beta updates when they're released.

If you feel you're missing out on a lot without Office Lens, it's unlikely you'll have to wait long until it's generally released. Microsoft's app updates generally move from beta to all users in just a few weeks.