Amazon to start selling the Apple TV and Google Chromecast 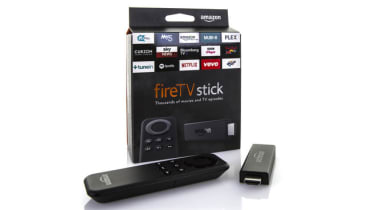 Amazon is going to start selling the Google Chromecast and Apple TV on its online store.

The company had removed the two devices from its website in 2015 saying that it wanted to avoid confusing customers who might expect Prime Video to be present on those devices, according toCNET.

Amazon confirmed to us that it has started assorting the Apple TV and Chromecast.

Google announced last week that it would block YouTube from two Amazon devices: the Echo Show and FireTV (see below).

Due to a "lack of reciprocity" Google said it would no longer support YouTube on the two Amazon devices.

Google has announced it will block YouTube from two Amazon devices and criticised its rival for not selling Google hardware.

IT Prounderstands that YouTube is no longer available on the Amazon Echo Show as of today and it will not work on the Fire TV from early January.

A Google spokesperson toldIT Pro: "We've been trying to reach agreement with Amazon to give consumers access to each other's products and services. But Amazon doesn't carry Google products like Chromecast and Google Home, doesn't make Prime Video available for Google Cast users, and last month stopped selling some of Nest's latest products.

"Given this lack of reciprocity, we are no longer supporting YouTube on Echo Show and FireTV. We hope we can reach an agreement to resolve these issues soon."

An Amazon spokesperson toldIT Pro: "Echo Show and Fire TV now display a standard web view of YouTube.com and point customers directly to YouTube's existing website. Google is setting a disappointing precedent by selectively blocking customer access to an open website. We hope to resolve this with Google as soon as possible."

There were also reports that Google could be creating a smart screen device to compete with the Amazon Echo Show. The device has reportedly been codenamed "Manhattan" and will offer Google Assistant, Google Photos, YouTube and video calling as well as acting as a smart hub.