How Oxfam is using cloud to save the world 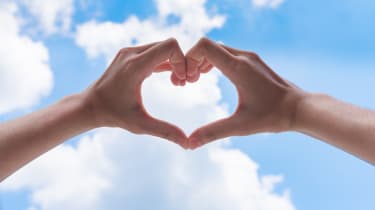 IT can be a challenge for any organisation. Problems with the technology staff rely on to get their work done can hinder productivity and reduce their operational effectiveness. Managing the IT for even small businesses can involve a lot of legwork in order to keep everything running.

Imagine, then, the herculean task faced by Michael Duggan, CIO of Oxfam International, the central governing organisation responsible for coordinating the 20 or so affiliated groups that make up the Oxfam family.

Oxfam operates across the world, often in areas that are suffering through political turmoil, natural disasters or outbreaks of disease and famine. As these catastrophes take hold, the need for organisations like Oxfam to make sure they're collaborating as effectively and as efficiently as possible becomes ever more pronounced.

Oxfam restructured itself around Oxfam International five years ago and Duggan says the biggest challenge was reconciling the IT systems and structures of 20 different groups many of which also have their own internal CIOs or IT directors in a way that allowed them to work together.

"We're operating in 86 countries, but within each country, we may have many offices," Duggan explains. "We had different email addresses, different email systems, and well over 8,000 employees and 52,000 volunteers. You can imagine that it starts getting chaotic very quickly and we found that it was taking too long for people to collaborate effectively."

"Every affiliate was independent, they had their own IT, so separate email, separate intranet - all these things were siloes, and they were getting in the way of delivering on our impact," he says. "Essentially, we wanted to create an Oxfam where any Oxfammer could move seamlessly to any country... and just work. But that's a very big aspiration to have."

As with any large-scale project, Duggan and his team decided the best way to tackle it would be to start with the simplest things first. In this case, he says, it was the ability to share files internally. While file-sharing is a capability that many take for granted, for organisations like Oxfam it can be a real challenge, in part due to the fact the areas in which it operates often have very poor bandwidth and connectivity.

This was front of mind when Oxfam was assessing the marketplace to find a file-sharing and collaboration platform, and Duggan says there was one thing the organisation was looking for above all else: reliable sync.

"It sounds simple, but when you're running off a VSAT a satellite connection if your sync doesn't work, if it breaks, then you're in a world of pain," he says. "And it costs us as well; any time we use additional bandwidth over satellite, it costs us, so we wanted a product that just worked. We needed that level of reliability."

Oxfam decided that the best service provider for the job was Box.

The platform was attractive to Oxfam for a number of reasons, Duggan says; along with the reliability aspect, Box's strengths in the areas of governance and compliance was a point in its favour, as was the fact that it was platform-agnostic.

"It's been so easy to use that people in the field really, really appreciate it," Duggan says, citing the fact that Box pre-renders documents without the user needing to download them first as a good example. "If you're on a very poor internet connection and someone sends a 30MB attachment to you, that can close down an office for an hour if you're running over satellite."

Due to its size and the difficulty of procuring and upgrading systems in the field, Oxfam has a hugely mixed IT estate, so another key concern was that any collaboration system needed to work on any device or operating system, anywhere in the world an area where Box also excels.

However, one of the problems it immediately ran into was consolidation or, more accurately, a lack thereof. When it first started trialling Box, Oxfam had a whopping 17 different Active Directory systems in use throughout the organisation, each one working slightly differently. While centralising and federating them all is still an ongoing project for Oxfam, a workaround was needed in the short term.

That solution came in the form of single sign-on provider Okta, which was suggested by Oxfam Australia's technical infrastructure manager, Grant Holton-Picard, as a way to simplify the integration of the various disparate systems.

"We implemented Okta, and that was the gamechanger," Duggan says. "Okta provided tools that allowed us to link to all of those Active Directory implementations and therefore we could very rapidly roll out Box to everybody."

With Okta in place to unify Oxfam's identity management, the gates were opened for the organisation to start exploring other shared IT services. A deal was very quickly struck with Facebook and Oxfam began rolling out Workplace as a platform to make collaboration via Box-hosted content easier. "Workplace has really taken off as a place where people can share ideas," Duggan tells Cloud Pro, adding that it's enabled not just collaboration, but also water-cooler conversations.

Oxfam has wholeheartedly bought into the idea of cloud-first infrastructure. When putting together an intranet for employees and volunteers, rather than purchasing an off-the-shelf solution the organisation opted to build a thin user interface that acted as a front-end for applications like Box, like Workplace and like Lucidchart.

While scalability is a key concern for any company, it was even more critical when building out Oxfam's infrastructure, Duggan says; after all, it needed to serve not only 5,600 employees, but also Oxfam's 52,000-strong network of volunteers. "The idea of building something that can scale exponentially... was very important for us, so the very strong API and open architecture of Box was very attractive."

"We are an organisation with incredible geographic and cultural reach," Duggan says, "and the challenge is that if you have a centralised approach to technology, it's unreactive, it's slow and it's simply not helping the people that are right at the coalface for us."

"Box Relay provides simple, easy-to-use tools that can streamline workflows and can be amended and work in very challenging circumstances but still demonstrating the sort of governance and stewardship of our donors' funds that we need to have."

Another key benefit of adopting Box, he tells Cloud Pro, was in increasing efficiency by helping the organisation cut through the red tape that arises from dealing with numerous different agencies, organisations and government bodies simultaneously.

"Oxfam works through 3,600 partners, globally. These are fantastic organisations, but the challenge for them and for us is with that comes a lot of bureaucracy. There's a lot of reporting, there's a lot of time spent moving paperwork around. Box Relay has the ability to help us streamline those workflows and use products like DocuSign to help make us faster and more responsive."

Perhaps unsurprisingly, one of the biggest concerns for Duggan is one shared by many organisations in both private and public sectors data privacy and compliance. "We gather vast quantities of personal information. We have 25 million people that we help in this world [and] we have many, many millions of supporters held in CRM systems, held in monitoring and evaluation systems globally," he revealed. "How do we know that we're complying with the law, how do we protect that information? They're the two things that keep me awake at night."

For Oxfam, resilient cloud-based technologies are a critical tool in accomplishing its mission. "We work very closely with our technology partners," he tells Cloud Pro. "We tend to get engaged very early on with most of our vendors. We don't have much money, but we do have a desire to really reach out and engage with our partners."

"The value of Oxfam is primarily its knowledge. We don't own an awful lot of things, but we have a lot of very smart people who are trying to solve the really hard problems that affect our world today."