Having bet on hybrid five years ago, Red Hat looks once again for the next big thing 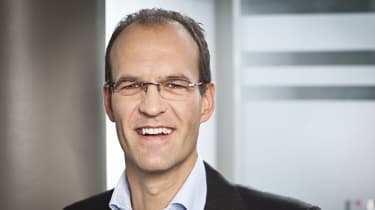 "You don't get lucky 64 times in a row," says Werner Knoblich, Red Hat's SVP and GM of EMEA, pointing to the open source company's unprecedented streak of quarterly revenue growth.

Red Hat posted $772 million in revenue for the fourth quarter of the 2018 fiscal year, 23% higher than over the same period in 2017. The company is riding high on a burgeoning market that's seen a shift towards containerisation and open source in recent years.

Knoblich argues that Red Hat's core philosophy of open source, and its bet on Kubernetes and hybrid cloud just over five years ago, is helping to place the company at the forefront of application development, particularly as others have historically relied on vendor lock-in.

The Switzerland of hybrid cloud

"We often talk about ourselves as being Switzerland," says Knoblich. "We're becoming the abstraction layer to ensure people aren't locked in. It's one of the reasons we are still an independent company.

"It's one of our key value propositions being a neutral company. If years ago HP or IBM had acquired us, we would have lost our neutrality. The ecosystem's other players know this as well, as open source is an innovation engine."

Red Hat's 2018 Summit will be a particularly memorable one in years to come as it marked the year that IBM, a rival platform provider, announced it would shift its WebSphere applications over to Red Hat's OpenShift.

"There's endorsement there," says Knoblich. "IBM is now fully containerising all of its WebSphere applications, making them available on OpenShift. It's their preferred platform. We see WebSphere as a direct competitor to us in terms of JBoss (Red Hat's application server), and they're fully switching over to our technology. It's a gigantic endorsement that we've done the right things with OpenShift."

Its record growth is being fuelled by an increasing willingness to embrace open source services among markets that have traditionally been locked to Windows-based systems.

"We struggled in the early days when we were mainly a pure Linux company," says Knoblich. "Our sweet spot was countries and industries where there was heavy Unix usage and not just pure Microsoft then we did Unix replacements, not necessarily Microsoft migrations.

"There's not really a struggle anymore, because even a Microsoft customer is becoming a very good target for us they also need to containerise their applications and automate their environment," adds Knoblich.

"Our portfolio has grown so much that we have so many more possibilities. Even if a customer says 'I'm staying completely on Windows, I don't want to switch to Linux', even for this customer we have offerings that can provide value where a couple of years back we had nothing."

The lure of open source

Red Hat also attributes a great deal of its success to its ability to outmanoeuvre its rivals when it comes to talent acquisition.

"Every single company is fighting for the same talent," says Knoblich. "Google tries to hire best developers in the world, so does Deutsche Bank, Barclays, Volkswagen. But if you're the best developer, you can choose. Companies need to be attractive to these developers, otherwise they won't get them."

He argues that if employers don't start offering developers a means to work within open source communities, they risk alienating budding talent looking to build experience.

"As a developer, where do you build your CV? It's on Github. They want to make a name for themselves, not just put on a CV that they worked at Barclays or whoever.

"If companies don't allow them to do this, the developer will say 'this company is limiting my career path, so I won't join them'. That's what accelerated the whole [open source] movement."

A shift of this kind can require a cultural change, something that Red Hat, as a veteran in open source space, has been fostering among other companies in the role of a consultant.

"Often the legal department is the big issue they say 'we can't have our employees making submissions to open source communities with the domain email address of the employer'," says Knoblich.

"What's the legal exposure if I as an employee make a commit and something goes wrong with the code? Is there a liability?"

Finding the next industry standard

Having placed an early stake on hybrid, Red Hat is hoping to once again position itself ahead of the competition. Part of that shift will be to invest in what it sees as the next big thing: serverless.

"It was kind of introduced by Amazon, but with that, again, they're trying to lock their customers to their platform," says Knoblich, commenting on AWS' shift towards offering a dynamic cloud service that handles the allocation of machine resources normally handled by a server.

He explains that Red Hat is looking at making a serverless offering as a function of OpenShift in the near future, competing directly with Amazon.

However, possibly the biggest focus for the company will be in the untapped multi-cloud management space, explains Knoblich, as customers look for products that make it easier to handle large numbers of deployments.

"Because the world is hybrid, customers will have different environments on-premise, VMware virtualised environment, OpenStack, private cloud, Azure. But they somehow still need to manage it all with a single page of glass they don't want to have used all the individual dedicated tools," says Knoblich.

"That's obviously a big play. The environment is not becoming simpler, it's becoming, to a certain extent, more complicated," says Knoblich. "Those management tools that bring that all together... that's also something I think we will be focusing on."