Is AWS about to start selling network switches? 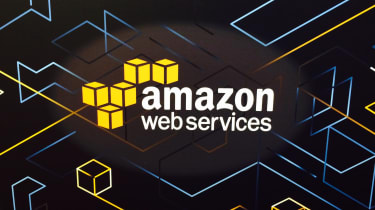 Amazon Web Services (AWS) could be about to break into the world of data centre switches, helping to boost its presence across the entire cloud infrastructure space.

The public cloud giant reportedly wants a piece of the $14 billion switches pie, taking aim at the business networking market. This would put the company up against hardware bigwigs like Cisco, Arista Networks and Juniper Networks, who currently hold the largest market shares in the sector.

A person with direct knowledge of the cloud unit's plans, and another source briefed on the project, told The Information that what's key about AWS's strategy is that it plans to undercut its mainstream competitors, pricing its switches at 70%-80% less than Cisco's products.

This could mean serious problems for the networking vendor, especially as AWS's switches would reportedly link seamlessly with AWS's cloud services, providing a connection between on-premise networks and the company's cloud services, sending AWS down a hybrid cloud route - something it's only begun to embrace.

AWS has actually been making switches for its own data centres for some time. This news, if true, just means it would sell them to provide an extra revenue stream outside of its core cloud services.

The switches would comprise open source software and unbranded hardware, although one source said AWS is working with hardware manufacturers including Celestica, Edgecore Networks and Delta Networks to mass produce its white boxes.

The company is currently testing its innovations with a handful of loyal customers and if a hybrid cloud approach works for them, then it's likely other won't have to wait too long until they launch onto the open market.