Google links US and Europe clouds with transatlantic subsea cable 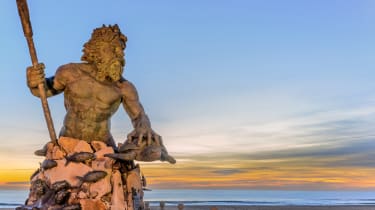 Google is about to embark on building a massive subsea cable spanning the length of the Atlantic Ocean - from the French coast to Virginia Beach in the United States.

Claimed to be the first private transatlantic subsea cable, named 'Dunant' after the Nobel Peace Prize winner Henri Dunant, the latest addition to Google's infrastructure network will aim to increase high-bandwidth ability, and create highly secure cloud connections between the US and Europe.

Google claims the new connection - which will support the growth of Google Cloud - will also serve its business customers by guaranteeing a degree of connectivity that will help them plan for the future.

Explaining the project in a blog post, Google's strategic negotiator, Jayne Stowell, said the decision to build the cable privately, as opposed to purchasing capacity from an existing cable provider or building it through a consortium of partners, took several factors into account, including latency, capacity and guaranteed bandwidth for the lifetime of the cable.

Dunant follows Google's plans to build another massive private cable spanning 10,000km between Los Angeles, California and Chile, dubbed Curie, one of three cables comprising a $30 billion push to expand its cloud network across the Nordics, Asia and the US.

Both Curie and Dunant originated in the success of relatively short pilot cables, dubbed Alpha and Beta as a nod to their software development process.

"Our investments in both private and consortium cables meet the same objectives: helping people and businesses can take advantage of all the cloud has to offer," Stowell said.

"We'll continue to look for more ways to improve and expand our network, and will share more on this work in the coming months."

Google's efforts to build a transatlantic cable follows the completion of a joint project by fellow tech giants Microsoft and Facebook in September last year, named Marea, that connected Spain with the east coast of the US.

The cable stretches more than approximately 6,600km, and weighs 4.65 million kg or, as Microsoft put it at the time, the equivalent of the weight of 34 blue whales.