But the cloud giant still has a problem communicating with CIOs 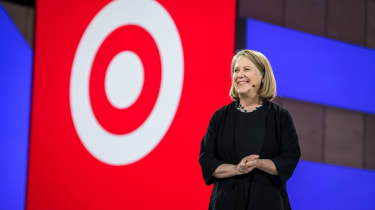 The CEO of Google Cloud has claimed the company has managed to defy analyst expectations by becoming enterprise-ready within two years, instead of the predicted 10.

Speaking at its annual Next conference in San Francisco this week, company chief Diane Greene said her organisation had worked hard to reform its approach after receiving fierce criticism from the industry just over two years ago.

"So we buckled down and we took the challenge, and two years of very hard work later on those table stakes, we are set to be named leader in three of Gartner's Magic Quadrants."

Ed Anderson, research VP & distinguished analyst at Gartner, told IT Pro that Google Cloud is proving to have a record for successful delivery and now boasts a growing list of die-hard enterprise fans.

"Google is definitely making progress in terms of the technical capabilities of its cloud offerings," said Anderson, "[and] is also showing progress with notable customer wins and partner interest."

He added: "Google's position in the few Magic Quadrants Diane referenced are examples of how Gartner views the offerings in the context of specific market categories. A leadership position in the quadrant indicates a record of successful delivery, significant market share and many referenceable customers."

However, with Google Cloud Platform (GCP) considered to be behind rivals Amazon Web Services (AWS) and Microsoft Azure, he warned against complacency.

"Google is still growing and maturing as an enterprise cloud provider. I give them credit for the progress they've made, also noting that they still have work to do to realise a sustainable competitive position."

Growth in Google's Cloud business shows so sign of slowing down, however, as it seeks to expand into new areas and strike deals with high profile customers. At Next 2018, off the back of what Greene called Google's vertical strategy of "combining customer-facing domain expertise with engineering expertise", it was announced that US retail giant Target has moved its entire infrastructure over to Google Cloud.

Yet, other analysts also remain sheepish about Google's progress. Nicholas McQuire, VP enterprise research at CCS, told IT Pro that the company has traditionally communicated poorly with wider industry.

"Cloud Next is Google's crucial event to demonstrate momentum in its enterprise business as the cloud wars deepen in 2018," said McQuire.

"Whilst the firm has struggled at times to drive awareness of the range of its innovations, the array of announcements and the attention they gather are large opportunities to reach buyers and most importantly, steal some much-needed limelight from rivals Microsoft and AWS.

"Most customers continue to ask why Google is better than Azure or AWS?," he added. "But the focus of its announcements reveal areas where it has been gaining momentum: open source, engineering and its data and machine learning tools.

"In our view, its biggest challenge remains a lack of awareness of these win areas with CIOs, which [Google] hopes Next will address."