The IaaS market grew 30% in 2017, as the big four players fight for market share 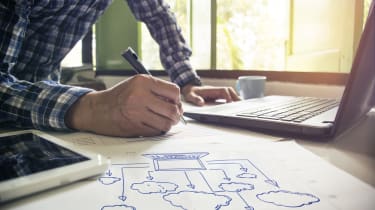 The IaaS market expanded by almost 30% in 2017, growing from $18.2 billion to $23.5 billion over the year, as more and more businesses embraced cloud services.

Over 20% of IT budgets are now being spent on cloud-based services, according to the latest research from analyst house Gartner, as many organisations are looking to the cloud for business critical operations.

Amazon Web Services (AWS) dominated the global IaaS market at the end of last year, with Microsoft, Alibaba and Google making up the top four.

"The top four providers have strong IaaS offerings and saw healthy growth as IaaS adoption is being fully embraced by mainstream organisations and as cloud availability expands into new regions and countries," said Sid Nag, research director at Gartner. 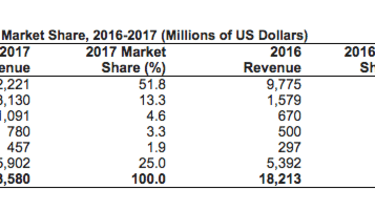 Benefitting from the rise in cloud service adoption, the top four made up 73% of the total IaaS market and 47% of the combined IaaS and infrastructure utility services (IUS) market.

Microsoft, which came a distant second to AWS, still managed to record growth of 98% on its Azure IaaS offering, with revenue surpassing $3.1 billion in 2017.

Alibaba's massive 2017 growth of 63% saw it beat Google to third place and reflected the company's successful investment in research and development.

"This reflects a fundamental change in what and how organisations are consuming technology. Some legacy infrastructure offerings, such as IUS, are seeing lower and slower uptake that impacts the combined IaaS and IUS market," added Nag.

"Additionally, a groundswell of demand for cloud-skilled personnel is forcing technology providers to change how they compete to meet this exploding demand."