Starbucks to use Alibaba to froth up presence in China 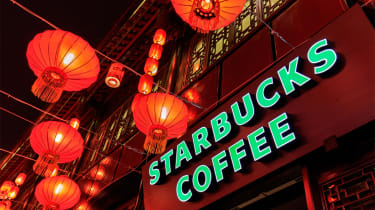 Starbucks has struck a deal with Chinese cloud giant Alibaba to boost the coffee company's digital and physical presence in China.

The Seattle coffee chain will use all of Alibaba's properties, including delivery platform Ele.me and supermarket chain Hema, to expand delivery services throughout China, Starbucks CEO Kevin Johnson told CNBC.

"We're going to integrate a Starbucks virtual store into all of the Alibaba Group properties," said Johnson. "This means that a customer that uses Alipay or Taobao or Tmall or Hema has an integrated Starbucks virtual store similar to the mobile app embedded right into that experience. That opens up 500 million or more active users of those apps that will have access to Starbucks."

The Seattle company mostly uses Azure for its cloud infrastructure in the US, Microsoft CEO Satya Nadella is even a Starbucks board member. But it's opted for a partnership with Alibaba, rather than Azure, or the top cloud company AWS, in China as Alibaba have a broader range of services in the country that Starbucks can utilise.

Starbucks will also use Ele.me, a food delivery platform that Alibaba acquired earlier in the year and open 150 stores in Shanghai and Beijing before expanding delivery to 2,000 stores in 30 other Chinese cities before the end of 2018.

The coffee company also plans to build up to 600 "Starbucks Delivery Kitchens" in Hema's supermarkets, that will service delivery orders for surrounding areas over the next seven years.

China is one of Starbucks biggest markets and its dominance has come under attack from Chinese startup Luckin Coffee, who have rapidly grown from two stores in January to 800 branches across the country.

Starbucks has been criticized for being slow to adapt to digital trends in China, but its partnership with Alibaba will see it pilot delivery services as soon as next month.