Box Skills Kit will arrive by the end of the year, with automation tools landing next year 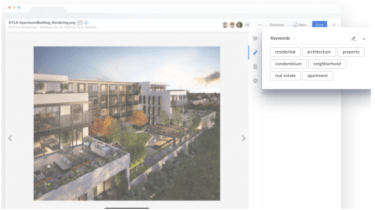 Box has revealed this week that its Skills Kit, a platform that allows organisations and developers to build their own AI integrations for interacting with stored content, will be leaving its private beta phase and will be generally available to all customers in December.

Last year Box announced its Box Skills framework, which lets companies take pre-programmed AI services from the likes of Microsoft, IBM and Google and use them to help better organise and manipulate their stored content on Box.

Since then, the company has been developing an additional layer, known as Box Skills Kit, a toolkit that allows organisations to create their own bespoke versions of these integrations. Since launching the private beta, the community has attracted development from the likes of IBM, Deloitte and AIM Consulting.

Providing an update on the programme at Box Works 2018 this week, the company said it would be made generally available later in the year.

"Artificial intelligence has the potential to unlock incredible insights, and we are building the world's best framework, in Box Skills, for bringing that intelligence to enterprise content," said Jeetu Patel, chief product officer at Box.

Box revealed that the Skills Kit has already been used by spirits firm Remy Cointreau. This work has involved taking the basic Box Skill for automatically matching metadata to uploaded images, and tweaking it so that it's capable of identifying specific company products in images. In this way, uploaded images are sorted into specific folders without the need for human interaction or verification.

In addition to this toolkit leaving its beta phase, Box also revealed that its Box Skills platform, which previously only provided pre-built AI integrations, will now host custom AI models that have been built by third-party AI companies.

That means if your organisation favours a particular machine learning model built by the likes of IBM Watson Studio, Google Cloud AutoML, Microsoft Azure Custom Vision, or AWS SageMaker, this can now be integrated into the Box platform to manipulate the data stored there.

Box also announced several updates to its core automation services. As part of its 'Tasks and Automations' product, customers are now able build their own scripts for repetitive workloads. For example, a marketing team building an automation that creates a template at the start of each month, alerting specific users to begin collaborating on a new pitch. 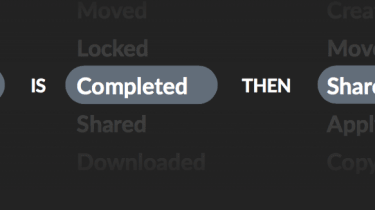 It appears to be pitched mainly to those smaller work groups that have predictable repetitive tasks in between periods of ad hoc collaboration - and therefore less suited for more complicated tasks or those that are unpredictable.

However, the dashboard for creating these prescripted events is surprisingly simple, with every automation based on the premise of 'If X is Y, then Z'. This means automations are fairly quick to design using drop-down menus, and supports over 20 different types of input and output, including options for targeting metadata, specific files, or entire folders.

Box confirmed that its Tasks and Automations services will be released to Box Skills customers in early 2019. Box Skills Kit is scheduled to become generally available in December.