One in three CISOs view cloud as a security risk 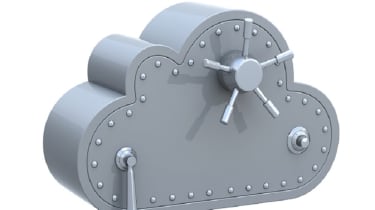 The cloud may be powering a great deal of business transformation, but many security leaders aren't entirely happy about it, as new research reveals that one-third of CISOs view the cloud as their biggest security risk.

According to a study of 250 global CISOs and security leaders conducted by Kaspersky Lab, 30% of survey participants ranked cloud computing as the security risk that they were most worried about. This outranks both legacy IT and insider threats, which were listed as the top the top concern by 12% and 10% of CISOs respectively.

To be more specific, it's not just cloud computing in general that was identified as a potential danger, but cloud computing and "uncontrolled cloud expansion" by different departments and lines of business within the organisation.

This could imply that CISOs are concerned about the potential security risks introduced by HR, finance and other departments procuring their own IT on an as-a-service model, without any oversight from the security team - although only 5% of respondents specifically identified shadow IT as a risk.

"If folks are circumventing the CISO and rolling out uncontrolled cloud it really means there is no policy, strategy or guidance on cloud and that, my friend, is the CISO's job to fix. Panic helps no one, planning helps everyone."

"Just because it's cloud does not mean it's any more risky than having anything else uncontrolled in your business."

The majority (86%) of CISOs believe that security breaches are inevitable, according to the research. That's a belief that coincides with almost half of the respondents reporting that CISOs have become risk management professionals over the past few years.

"My role actually consists of one very simple paradigm: minimising cybersecurity risks for the group," the CISO of a Swiss construction firm told Kaspersky.

"Furthermore, when it comes to the more 'human' part of my role, I'm a manager of very talented cybersecurity specialists, who are targets of multiple head hunters at the moment."

Despite this focus on risk, however, only around one third of CISOs said that assessing and managing security risks was the most important part of their job, with the majority reporting that it was the implementation and management of security solutions.