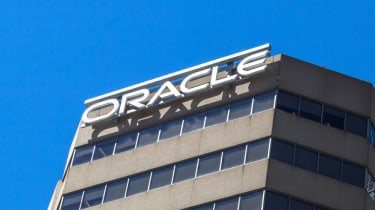 Oracle has again launched legal proceedings over the US Pentagon's single-vendor cloud contract, filing a suit against the Department of Defence in the US Court of Federal Claims.

The legacy database business has already had legal action dismissed by the Government Accountability Office, however, a redacted version of the company's latest complaint, published this week, shows the company is not backing down.

However, the GAO maintains that the single vendor approach does not violate any laws and that for issues of national security the process is in the government's best interests.

The contract, known as the Joint Enterprise Defense Infrastructure (JEDI) cloud, involves the migration of defence department data to a commercially operated cloud system. However, because the contract is only on offer to a single winning bidder, Oracle says it's illegal and out of sync with the industry.

The company's senior VP Ken Glueck told TechCrunch: "The technology industry is innovating around next-generation cloud at an unprecedented pace and JEDI as currently envisioned virtually assures DoD will be locked into legacy cloud for a decade or more. The single-award approach is contrary to well-established procurement requirements and is out of sync with the industry's multi-cloud strategy, which promotes constant competition, fosters rapid innovation and lowers prices."

This is a $10bn contract that involves almost 80% of the Department of Defence's IT systems being migrated to the cloud that could last 10 years. Other cloud providers such as IBM and Google have taken issue with it being made available to just one vendor, with the latter having pulled out of the process entirely.

IBM issued a similar legal challenge against the single-vendor process, which is said violate procurement regulations, but that case was also blocked.

Amazon Web Services is thought to be the front-runner for the contract, which is an outcome that Oracle will not like given the current mudslinging between the two. During his AWS re:Invent last month, CEO Andy Jassy announced that the company would be off Oracle databases by the end of 2019.