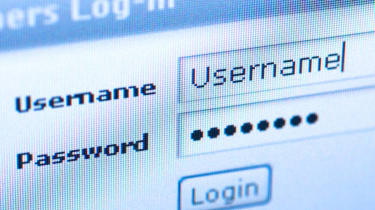 A host of Microsoft's cloud services including Azure Government Cloud and LinkedIn sustained a global authentication outage just a few days after users were blocked from accessing Office 365 in Europe.

Users in parts of Europe, the US, as well as Australia and Japan were blocked from logging into their services between 9pm GMT yesterday and the early hours of this morning due to authentication issues.

A host of Microsoft Cloud services including Dynamics 365 and Office 365, as well as US Government cloud resources, were out of action for a few hours due to problems with its authentication infrastructure.

⚠️ We have confirmed reports that this issue is also impacting US Government cloud resources. Relevant information for US Gov customers will also be provided on the Service Health Dashboard. https://t.co/88WEhgPXlj

So @AzureSupport, did #Azure go down today because all the government employees came back to work and tried to log in at the same time after a month of down time?

According to the outage detection service downdetector, the issue may have affected a wide range of services including Skype, OneDrive, Office365, and Outlook.com - which all experienced spikes at roughly the same time. Users also complained across social media about difficulties logging into these platforms.

The issue, which has now been resolved, involved users attempting to log into new sessions, with the Azure status page indicating it concerned an internal DNS provider, describing the issue as Level 3' after an investigation. Microsoft says that engineers mitigated the outages by failing over CyberLink DNS services to an alternative provider. 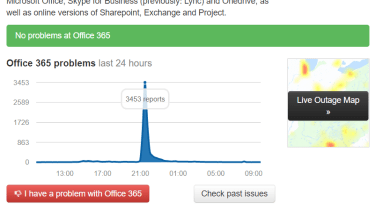 These issues were resolved shortly after midnight this morning, but lasted at least a few hours, affecting users in predominantly the Eastern hemisphere who were getting into the crux of their working days.

The global outage arose just five days after Microsoft customers were unable to access their Office 365 accounts for a full working day in Europe.

The company confirmed on Thursday, after initially maintaining that services were running smoothly, that its cloud-powered productivity suite was experiencing difficulties, with the continental outage lasting around nine hours in total.

This rocky start to the new year reflects a series of outages that Microsoft had sustained with its cloud services in the last few months of 2018, as the Windows-manufacturer struggled to provide 100% reliability.