View from the airport: DataWorks Summit 2019 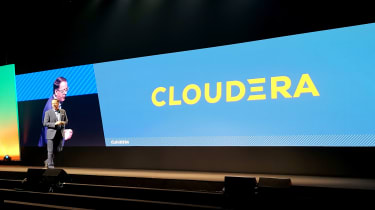 Are you from the Hortonworks side or the Cloudera side? It's a question I found myself asking a lot at this year's DataWorks Summit, the first major event since the two companies completed their $5.2 billion merger just months ago. Naturally, a marriage of this scale throws up a tidal wave of questions. Unfortunately, there were no answers to be found in Barcelona.

It's difficult to put my finger on the mood in the air, but it was closest to uncertainty. Given that DataWorks Summit has conventionally been a Hortonworks event, having the 'new' Cloudera spearhead it was jarring. Not just for the press, but the comms team. The reason? The May-time Washington DataWorks Summit, as well as Cloudera's two Strata Data Conferences had already been planned and organised months before the merger was tied up. So the company has to effectively go through the motions with its 2019 events.

But it was especially confusing given the Hortonworks branding appears to have been discarded entirely. Instead, the two companies, now operating under the Cloudera umbrella, have undergone a complete image refresh, with a newly-designed logo and several buzzy slogans to boot.

At the DataWorks Summit 2019 luminaries dinner where Cloudera is handing out pins for logos they told us five hours ago is going to completely change. pic.twitter.com/QCPp4poFLK

Meanwhile, the event was fronted by the firm's chief marketing officer (CMO) Mick Hollison. This underpinned the company's almost singular focus on 'image' this week, which on one level made sense. Earnings day the week before made for grim reading. Revenue grew, sure. But so did expenditure, by quite a lot. This doubled losses to more than $85 million. Yet Cloudera is setting itself a target of becoming a billion dollar company before the end of the year, and reinforced its ambitions to target only the largest companies.

But it didn't seem appropriate that a significant portion of the top brass was left at home. Anybody who could give serious answers about Cloudera's financial performance, or specific details about the merger, was not available to chat. Then it hit me during the main keynote when it became clear CMO Hollison would be the only Cloudera voice addressing the press, analysts and delegates that morning. Chiefly, at Cloudera's first major public event since the merger, it begged the question: Where was the CEO?

It's not fair to say that everybody with prominence was left at home. Hilary Mason, Cloudera's resident data scientist and the lead on its research division, dazzled on the evolving nature of AI. Meanwhile, there were some interesting insights to gain on data warehousing, open source, and GDPR. The thematic substance of DataWorks Summit 2019 was actually quite positive despite the company's considered efforts to push its new marketing slogans, namely 'from the edge to AI' and 'the enterprise data cloud'.

But the merger, undoubtedly, was at the forefront of everyone's minds, with many questions lingering. Though now that it has mostly been completed, it was interesting to hear discussions with Hortonworks were actually underway for three-and-a-half years before the two firms tied the knot.

Yet we still don't fully know what its flagship service, named the Cloudera Data Platform (CDP), will look like. We do, however, know it's a mash-up of Hortonworks and Cloudera's legacy systems, Cloudera Distribution Including Apache Hadoop (CDH) and Hortonworks Data Platform (HDP).

Neither do we know when this will launch, with Cloudera officially saying it will come within the next two quarters. But one customer, Swiss insurance firm Zurich, told IT Pro it was coming in June. Meanwhile, while customers are allowed to keep these legacy platforms until around 2022, for Zurich, currently in the process of migrating from HDP 2.0 to 3.0, does this then mean a second big transition in quick succession? The aim is, of course, to transition all customers to CDP eventually.

The future is uncertain. So much so that nobody really knows if the DataWorks Summits held in 2019 will be the last ever. Nevertheless, this presented a fantastic opportunity for Cloudera to address the world post-merger, and take on its major challenges head-on.

But this was an opportunity missed. The fact its most senior staff were left at home spoke volumes, even though the substance of the conference was for the most part engaging. It became clear over the course of the event that there hasn't been, and probably won't be, a honeymoon period for the 'new' Cloudera as it begins to find its feet in a turbulent market.