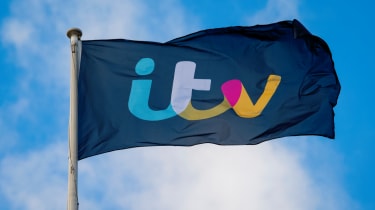 TV has created an analytics tool with Google Cloud Platform (GCP) called CROCUS which provides real-time feedback on live audiences comprising of millions of people - something that previously took anywhere between ten minutes to over a day.

Because ITV experienced its biggest ever audience in the summer of 2018, in some cases breaking the 27 million mark, getting quick feedback on audience viewing habits was critical to keeping the audience levels that high but it was made difficult with its previous analytics tool.

The CROCUS tool was created and implemented within three months while "at other major broadcasters, switching analytics tools is taking more than a year" explained Andy Burnett, director of direct to consumer technology and operations at ITV.

"We now do data analytics like no other broadcaster, because we've built it all ourselves, for ourselves, without worrying about infrastructure," he added.

The tool uses managed services that scale automatically to match the unpredictable demand of an online video-on-demand platform. Data from viewers queued in Cloud Pub/Sub and then fed into Cloud Dataflow for transformation into more digestible data ready for presentation.

It's important for the tool to be scalable because certain programmes can receive unpredictable levels of online traffic. Citing England's semi-final in the World Cup with Croatia, Simon Forman, head of behavioural data engineering at ITV said that it had one million viewers watching the match from ITV hub which was many more times than previously recorded for a live broadcast.

Forman said that ITV's analysts were hesitant to make the switch. "Our analysts were very attached to their own set of analytics tools, which they wanted to use on top of BigQuery," he said. "But after a while, they began querying data directly through BigQuery itself. It's easy to use and fast on complex queries, and they use Google Data Studio to display results."

ITV uses audience analytics to measure how well the broadcast is doing. Forman said that there is usually an easily-identifiable traffic profile for each show. For example, football games have big audiences but drop off at half-time to make snacks, then it returns to high levels. Love Island also had a unique profile and if the analytics didn't match the profile, ITV knew something was wrong.

ITV's view for the future is to bring the analytics from its TV audience, which eclipses its online audience by a huge margin, and use the same tool it used for ITV Hub to personalise and improve the broadcasts for core viewers of its TV programmes.