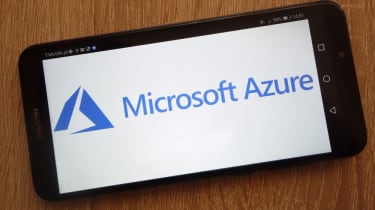 VMware has expanded its presence in the public cloud, with the news that Microsoft will be introducing native support for VMware workloads for Azure.

The announcement was made at Dell Technologies World in Las Vegas by Microsoft CEO Satya Nadella, who took to the main stage alongside VMware CEO Pat Gelsinger and Dell Technologies CEO and founder Michael Dell.

"In my close to 30 years of working in technology, I've never seen a trend like digital transformation," Nadella told attendees. "It's just phenomenal to see that and what is fueling that, or what is needed in order to fuel that is great infrastructure; the flexibility with which people can get at the infrastructure, the compute that is needed, the storage that's needed, the networking capabilities that are needed in order to drive that business forward.

"And so I'm really thrilled and pleased to announce the availability of Azure VMware solutions, which brings all of the VMware capabilities natively to Azure and to Azure customers so that every customer has that infrastructure: the best of VMware, as well as the best of Azure."

Azure VMware Solutions will allow customers to run VMware workloads in native environments, utilising VMware tools like vSphere, vSAN, vCenter and NSX. These workloads can be ported directly over to Azure with no refactoring necessary, enabling organisations to cut down on migration and deployment time.

Built using VMware Cloud Foundation, the Azure VMware Solutions have been developed in partnership with CloudSimple and Dell subsidiary Virtustream, but will be sold by Microsoft as a first-party product.

The announcement marks a turning point in the so-called 'hypervisor wars' between VMware and Microsoft's competing virtualisation product, Hyper-V, indicating that Microsoft may have abandoned its ambition to make Hyper-V a sizeable player in the industry.

"It's interesting because I'm sure Microsoft would have liked the world to be Hyper-V," said Phil Mogavero, the vice president of HDC partnerships for channel vendor PCM. "Some of it will be Hyper V but I think for VMware really to be truly legitimate, it has to be on Azure. And I think for Microsoft to truly be legitimate it's got to have VMware vSphere capability within Azure. So I think it's a good move."

It also means that Google Cloud Platform is now the only one of the major public cloud providers that doesn't support VMware, following the introduction of VMware on Azure a number of years ago.

For example, VMware's Workspace One platform will now integrate with Microsoft Intune and Azure Active Directory, allowing customers to manage their Microsoft 356 and Office 365 deployments with Workspace One.

Similarly, Microsoft's recently-announced Windows Virtual Desktop platform will also be supported by VMware Horizon Cloud on Microsoft Azure, with early previews expected by the end of the year. VMware and Microsoft are also reportedly working on more general integrations, such as between Azure Networking and VMware NSX.