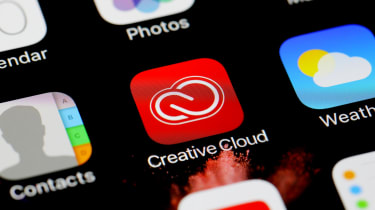 Adobe has sent Creative Cloud users a legal warning that they could be at risk of potential claims of infringement by third parties if they continue using the outdated versions of the apps.

Adobe Creative Cloud is a set of applications and services that gives subscribers access to graphic design, video editing, web development, and photography software, such as Photoshop and Lightroom. It comes along with a set of mobile applications, and also some optional cloud services, with a monthly or annual subscription.

Last week, Adobe said that older versions of Creative Cloud apps would no longer be available to subscribers, which it has explained in a blog post.

Now, however, the company is warning users of legal infringements from third parties and saying that they are no longer licensed to use its older apps if they chose too.

"Adobe recently discontinued certain older versions of Creative Cloud applications. Customers using those versions have been notified that they are no longer licensed to use them and were provided guidance on how to upgrade to the latest authorised versions,"  it said in a statement to Gizmodo.

"Unfortunately, customers who continue to use or deploy older, unauthorised versions of Creative Cloud may face potential claims of infringement by third parties. We cannot comment on claims of third-party infringement, as it concerns ongoing litigation."

While most might just shrug their shoulders and think "why not just update?" it is important to note the many reasons users chose to stick with legacy software. Some might be using older hardware and as such might not have the specs to run increasingly bloated software.

There are also those who like what they have and have some scepticism about updates - such as those people still using Windows 7. While cloud-based services definitely have their benefits, it does highlight the issue that you essentially do not own the software you're paying for.