The firm says its continuous, real-time and proximal data processing will improve operations in a host of industries 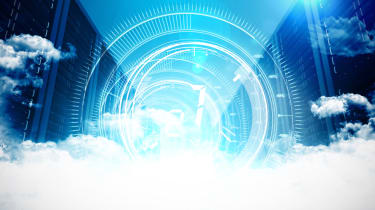 Nvidia has launched an edge computing platform to give businesses a greater swathe of tools to perform heavier processing workloads from data derived from Internet of Things (IoT) devices.

By establishing a multitude of edge servers across the world, the chip manufacturer is hoping that firms in industries like healthcare and manufacturing can process their data instantaneously to improve business operations.

This is in light of an expected explosion in IoT devices within the next few years, and the data the monumental amount of data the ecosystem will produce.

Nvidia's EGX platform is touted as being able to perceive, understand and act in real-time on continuous data streaming between 5G base stations, warehouses, retail stores, factories, and other locations.

"Enterprises demand more powerful computing at the edge to process their oceans of raw data - streaming in from countless interactions with customers and facilities - to make rapid, AI-enhanced decisions that can drive their business," said Bob Pette, vice president and general manager of Enterprise and Edge Computing at NVIDIA.

"A scalable platform like NVIDIA EGX allows them to easily deploy systems to meet their needs on premises, in the cloud or both."

The device at the heart of Nvidia's new edge servers is the company's Jetson Nano, a small module that can enable the development of low-power AI systems. Nvidia says this device can provide 500 billion operations per second using just a few watts of power, for tasks like image recognition.

As part of the project, Nvidia has also teamed up with Red Hat to integrate and optimise its Edge Stack software with OpenShift, a container application platform. Mellanox and Cisco's security, networking and storage technologies have also fed into the edge platform.

It will also be offered through major public cloud providers, including Amazon Web Services (AWS) and Microsoft's Azure platform, with users able to remotely manage their Nvidia Edge Stack service.

Nvidia's AI research has spanned a number of industries, including healthcare, with the firm previously announcing a partnership with King's College London to build an AI platform to automate radiology.

Nvidia's EGX platform has already been at the heart of developing a number of healthcare-related software packages, the company says, as well as applications suitable for large retail chains and organisations involved in smart city development.