We look back on Ingram's cloud-focused event, which brought together the who's who of the industry to discuss, debate and share experiences 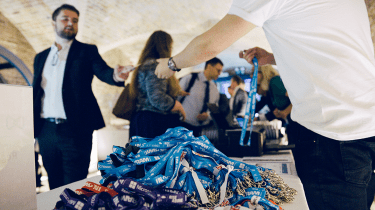 A companion event to the company's flagship Cloud Summit X event, held in San Diego last March, the UK Cloud Summit bought together 128 partners and more than 350 delegates to hear more about Ingram Micro's plans for its UK channel partners and to network, collaborate and share knowledge with each other.

In addition to senior Ingram Micro executives, attendees heard keynote speeches from industry leaders including Dropbox, McAfee, Microsoft and more. Many speakers highlighted the size and strength of the opportunity facing cloud service providers and resellers.

As Alex Hilton, CEO of trade body the Cloud Industry Forum (CIF), pointed out, although around 70% of organisations say they're undertaking some kind of digital transformation project, PwC's research shows that 85% of these projects eventually fail - ample evidence that businesses need support in this area.

Ingram Micro's executive vice president of global cloud computing Nimesh Dav also noted that models of commerce and economics have moved away from transactional, ownership-based approaches to a situation in which consumers increasingly want to consume everything as a subscription-based service. This includes businesses as well as individuals.

The overarching theme, however, was the need for partners to better understand their customers and the business challenges they face.

"You can no longer be there and not be in the business. That means understanding your customer's business is going to become more and more important, because you are going to move into becoming solution providers."

This was a sentiment echoed by many of Ingram's partners. As cloud technologies and digital transformation become ever more essential to modern businesses, channel firms recognised the need to move away from simple, revenue-based deals providing off-the-shelf hardware and services and gravitate towards offering clients more comprehensive, interconnected end-to-end technology packages.

Delegates were also treated to invaluable insight from industry veterans, who shared a mixture of practical advice for resellers and MSPs, as well as their visions for how channel firms can forge more sustainable, profitable and valuable relationships with their customers. One of the key highlights of the summit was undoubtedly an appearance from Alexis Conran, host of BBC Three's 'The Real Hustle', in which he explained how having high-end cyber security systems (while vitally important) doesn't automatically mean that a clever and determined attacker can't get around them through social engineering and other nefarious tactics.

Elsewhere, partners such as Acronis, Cisco, and Fujitsu gave their insights into how channel companies can approach the complexities of issues like building a cohesive multi-cloud offering, creating robust security practises and supporting clients in a services-driven business.

The event made it clear that the industry is going through a fundamental change. Nowhere was this more evident than the keynote speech from James Chadwick, Microsoft's cloud services partner lead, during which he gave attendees an inside look at how the tech giant has transformed itself - inside and out - into a company that puts customers and partners first.

Chadwick spoke about some of the areas in which it's trying to change, like putting time and effort into upskilling its partners as well as its employees, or making more dynamic use of internal data to boost efficiency.

He also cited some decisions from Microsoft which would have been unthinkable just a few years ago, such as making Apple one of its major partners, buying GitHub, or opening itself up to Linux. AI and the IoT are now crucial areas that Microsoft is helping its customers to explore.

The reason many firms were so excited to attend this year was their eagerness to attract new partners of their own. Rather than simply trying to sweep up as many net new partners as possible, however, all of the companies we spoke to emphasised that they were looking for quality rather than quantity.

They also stressed that they were looking to grow their channel ecosystem responsibly, ensuring that every partner still gets the care, attention and support that they need, rather than simply leaving them to their own devices and cashing their cheques.

"I came from an organisation that had 2,000 UK partners, and we're not ready to support that size of organisation, so we want a core of good quality, focused partners," said Richard Agnew, EMEA vice president of security firm and Ingram Micro partner Code 42.

"I can't expect a partner just to decide 'I'm going to sell Code 42' and we go 'great, send us some PO's... it doesn't work like that. So they need support and training and professional services help and pre-sales help. And we're of limited scale, so 20 feels like the right sort of number for us to have."

Ingram Micro's vision for the channel

One of the biggest things Ingram Micro's partners will have taken away from the event is the certainty that the company is doing everything it can to support them. Dav repeatedly promised the crowd of assembled delegates that Ingram will continue toinvest in its channel, citing Ingram's belief that "the channel will be around a lot longer than any of us will".

"The last time I looked into it, about 80% of cloud was done direct," Ingram Micro's director of cloud and advanced solutions Scott Murphy told delegates.

"Now, for me, that represents a massive opportunity for channel because as customers have moved into cloud, then they want to go to multi-cloud and they want to talk about 'how do I manage this, how do I secure it, how do I optimise it. They're not going to get that from one single vendor and that's the area where channel partners can play."

Murphy added: "There is a set of services all the way from discovery right through to management and cost optimisation that you can leverage into your client base to help you unearth opportunities and serve to bring value rather than just driving pure consumption."

The company put its money where its mouth was, however, with the launch of a range of new, partner-focused services designed to make it easier for all of its ecosystem to succeed. ISVs, for example, can use the new Ingram Micro Connect scheme to quickly and easily add themselves to the Ingram Micro Cloud Marketplace, as can resellers who have worked with clients to develop custom apps, allowing them to add new revenue streams to their business with virtually no effort.

Ingram will also be expanding its Comet competition for ISVs to new territories, seeking out best-of-breed software creators to add to its channel.

For resellers, the company announced the new Sales and Marketing Hub, creating a centralised resource where partners can access standardised sales sheets, playbooks and product guides for all the vendors Ingram Micro works with, as well as tools and templates to help them create and launch dynamic, modern and effective multi-channel digital marketing campaigns.

As part of the event, Ingram Micro also honoured its partners with a number of awards recognising outstanding achievement within its channel.

Microsoft claimed the top prize as Vendor of the Year, while Ricoh UK and Softcat picked up MSP of the Year and Charitable Partner of the Year respectively.

Creators and Integrators of the Year went to Dropbox Business, while Highlander was awarded the title of VAR of the Year, and Colt Technology walked away with an award for Cloud Change Agent of the Year.

There was also special recognition for the trailblazing women within the UK channel, with Angelika Schmeing, senior vice president of Operations and Finance at The Henson Group, receiving the Women Leading in Channel award.

For Ingram Micro, the UK Cloud Summit is a great way to hear from its partners about how it's doing as a distributor, as well as to update them on new announcements from the company, but Murphy says that this isn't his primary goal with the event.

For Ingram's vendor partners, however, it's also a much-needed reinforcement of the importance of cloud computing in the modern IT landscape.

"I think it's been too long that some channel partners have ignored cloud while it's been clearly coming up on the horizon," says Nigel Hawthorn, EMEA marketing director for McAfee.

"It's great that Ingram has put together a huge investment in time and effort and money to deliver an agenda that is two days of cloud computing. I'm really pleased about this. Hopefully, together, we can all learn how to how to do business better in the cloud."

CIF's CEO Hilton added: "The value of events like this shouldn't be underestimated because there is an opportunity for attendees to hear from a mix of vendors and suppliers to really understand and establish what their best-of-breed opportunities are.

"Ingram puts that best-of-breed collection together and that's an opportunity for the supply chain, and the channel generally, to choose their version of that whether it's the same as Ingram's, or whether they augment it and supplement it themselves, but actually just go to market and present a complete solution set for their customers."