The feature is reportedly available in the beta programs of iOS 13, iPadOS 13 and MacOS Catalina 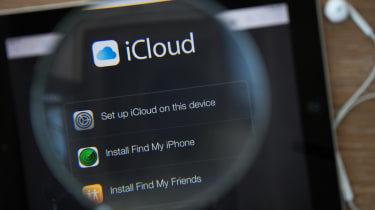 Apple is testing biometric security for iCloud in its beta programmes for the next raft of operating systems, according to reports.

Last month, the tech giant announced the beta versions of iOS 13, iPadOS 13 and MacOS Catalina, which is being rolled out to testers in the coming weeks. Now, according to 9to5Mac, these operating systems will test a new sign-in process for iCloud on the web meaning that users can sign-in using either Face ID or Touch ID.

When you visit iCloud in the Safari browser on a device running any of the new operating systems, you'll see a new pop-up prompting you to sign-in using your Apple ID with biometrics. Tapping "continue" automatically signs the user in.

Users on devices with Touch ID, including the 2018 MacBook Air and Touch Bar-equipped MacBook Pro models, will also be met with a similar sign-in process that uses their fingerprint to authenticate without requiring two-factor authentication.

Apple's testing of this easy way of signing into the iCloud website is likely related to its forthcoming Sign In with Apple feature - announced last month - which allows users to sign in to apps and websites using their Apple ID.

The feature is being touted as a more secure alternative to similar sign-in services offered by Facebook, Google, and Twitter since it authenticates the user with Face ID or Touch ID and doesn't send personal information to app and website developers.

Further privacy boosts are being reported with Sign In with Apple also allowing users to create a randomly generated email address that hides their real one when signing up for a third-party app or service.

The new sign-in feature is coming with Apple's new operating systems when they're released this fall and will be available across macOS, iOS, and through websites.