Cloud computing is the best invention ever 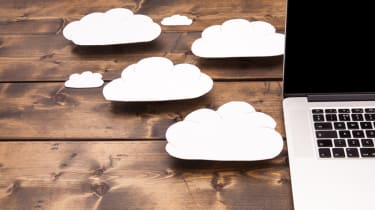 I have a stack of old laptops cluttering up a corner of my office the way other people have long-read books or old magazines. And that means every time I move home which is often, because London I must carefully pack all this useless old hardware into a box, lug it to a moving van, and do the reverse at the new flat.

This is clearly stupid, but as we're about to learn, I am stupid. (Stop nodding in agreement, it's rude.) With yet another move on the horizon, I finally smartened up this month and set aside time to sort through my busted old kit, so it could be recycled if useless or donated if life remained.

The first task was figuring out which power supply fit each laptop from the tangled mess of cables that lives in one of my desk drawers. After jamming various ends into tiny holes, it mostly worked and charging ensued.

With trepidation, I turned on the first laptop, an Acer running Windows 7 that was last booted in 2012. One key was missing and the laptop made weird churning noises, but it still worked. Sadly, I didn't. It required a password I couldn't remember and the obvious guesses didn't work. Thankfully, there was a forgotten password prompt. Sadly, past-Nicole is an idiot and entered a single word as a reminder: "poop".

I may have actually screamed in frustration; there were definitely tears in my eyes. I tried more guesses. I Googled how to reset passwords in Windows 7. Filled with self-loathing, I related my woes to my husband, who apparently knows me better than I know myself. "Did you try 'poop' as the password?" he asked. I did not. Why would someone set that word as a password? What kind of an idiot would do that?

Logging in was only the beginning of my suffering, though. The reason I was bothering to log into an ancient machine is that I'm stupid when it comes to backing files up, and had no idea if there were still files or photos on that decade-old laptop that I didn't have anywhere else. There were, but there were also old backups from pre-2012 laptops, too.

Yes, every time I move to a new computer, I simply move my files with me, often in epic, sprawling folders with names such as "Old Laptop" or "Lappy Lappy Laptop". Inside those folders would be other backup folders from even older laptops, stored under designations such as "New Folder (5)" and "DON'T DELETE THIS". Sorting through these would take days. Unsure of what to actually save, I simply dumped everything into Dropbox, making it a problem for future-Nicole.

That was the first of five laptops needing my attention. The next device I picked up was an HP Pavilion sporting an XP Home Edition sticker. Thankfully, there was no password and slightly fewer garbage files but, this time, only half of the keyboard worked. It was also oddly sticky; those two points may be related. After that, I tackled an Acer Aspire One netbook. I loved it at the time but left it on the floor and cracked the display by stepping on it (see above: I am stupid). That meant buying a VGA cable to connect it to one of my monitors so I could sort through the files. There may have been such a cable hidden away in the tangled mess in my desk drawer, but at this point, I lacked the emotional energy to attempt such a challenge.

The next two laptops are much newer: my still-in-use Dell XPS and an Asus netbook-style thing I've since replaced with a Chromebook. Logging into both was a doddle, as they're still connected to our Wi-Fi and as such use my current credentials. And both have few files stored locally, as my pictures are largely on my phone and backed up to Google Photos while my documents live in Google Docs. There was effectively nothing to backup.

So what does all of this prove? Simply that the cloud is the greatest gift to disorganised computer users ever invented. Also, that I'm an idiot.