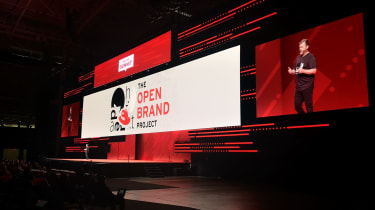 IBM has again reassured Red Hat's customers and partners that the company will retain its independence and neutrality, following the completion of the $34 billion acquisition deal between the two tech firms.

In a call with press and analysts yesterday, IBM's senior vice president for cloud and cognitive software Arvind Krishna doubled down on promises that the popular and well-regarded open source firm would not be swallowed up into IBM's existing corporate structure.

"The real question comes down to our behaviour with partners and we'll find Red Hat is going to be an independent sales team; it's not getting folded into the IBM sales team. They make their own decisions on pricing, who they work with, the number of people they work - with many of whom will be competitors to IBM. But this is a world of co-opetition; I believe this is no longer a world of pure competition."

Along with Red Hat's executive vice president of products and technologies Paul Cormier, Krishna also promised that there were no plans to change Red Hat's name or branding, and that the company would maintain its existing facilities in Raleigh, North Carolina and Boston, Massachusetts.

"Red Hat and IBM, we have different cultures, and there's no desire here to melt those cultures together. All we need is respect for each other's different cultures," Cormier said. "I mean, I don't even think IBM will have an opinion on what our culture should be."

The main collaboration between the two companies, the executives said, will be based around hybrid cloud, with IBM using Red Hat's OpenShift platform as the foundation for all its middleware products.

IBM's pledge to run Red Hat as effectively a separate entity runs somewhat counter to the general trend of enterprise tech acquisitions. Hardware vendors in particular have a history of rolling newly-purchased companies into their existing businesses - Dell's acquisition of EMC and HPE's Nimble purchase are key examples of this. Cisco, Salesforce and others also have a strong track record of doing this.

For many in the IT industry, the possibility that IBM might do the same thing with Red Hat is the most worrying aspect of the deal. Red Hat has a well-earned reputation as an easygoing, vendor-neutral company which strongly supports the open source community and has a developer-centric attitude. IBM, by contrast, is often seen as not having quite as strong a background in these areas.

There are, however, some instances of tech companies keeping their acquisitions at arm's length; the two most notable examples both coming from Microsoft. The company purchased LinkedIn in 2016 and Github last year, with users in both cases expressing fears that Microsoft would change the platform to promote its own services at the expense of the existing community.

For both LinkedIn and Github, however, the few changes that have been made to the platforms since Microsoft bought them have been largely well-received by users, such as the ability to sponsor specific Github projects and contributors.

While both Red Hat and IBM are keen to assure sceptics that the partnership is in both companies' best interests, many will be closely watching IBM in the years ahead to ensure that it keeps its word. 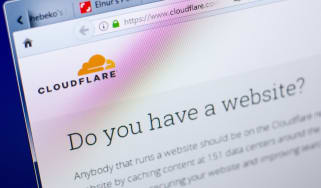