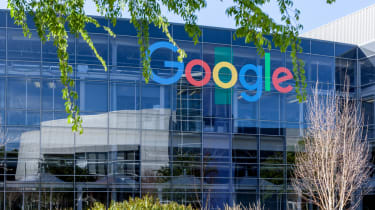 Google employees are demanding that the tech giant publicly commits to not entering a cloud deal with the US border control, citing human rights abuse as the reason.

Some 676 Google employees have signed a petition, initially circulated internally but has since been posted on Medium, calling for their employer to not bid on a cloud computing contract with the US Customs and Border Protection (CBP) agency.

While Google's cloud computing arm looks to work with different organisations on digital transformation projects, its dealings with the US government have sparked backlashes from its staff. What's more, the US government itself has also been quite critical of Google in recent weeks.

The employees say they "refuse to be complicit" in the CBP contract as immigration officials are "perpetrating a system of abuse and malign neglect" at the border. The document cites reports of families being separated and children dying during their time in detention.

"It has recently come to light that CBP is gearing up to request bids on a massive cloud computing contract," the post reads. "The winning cloud provider will be streamlining CBP's infrastructure and facilitating its human rights abuses.

"It's time to stand together again and state clearly that we will not work on any such contract. We demand that Google publicly commit not to support CBP, ICE, or ORR with any infrastructure, funding, or engineering resources, directly or indirectly, until they stop engaging in human rights abuses."

For those signing the petition, this has proved a successful method of forcing Google to drop projects that are deemed controversial. Last year, significant pressure from staff resulted in the tech giant deciding to not renew a contract with the Pentagon's Project Maven - in which AI technology would be harnessed to improve drone performance - which expired this year. In the days that followed it also announced an ethical code of conduct.

These 'ethics' are being seriously tested, not just by Google's own employees, but also by the US government, which has accused it of being biased. Last week, the president, Donald Trump took to Twitter to attack the company and its CEO.

"Sundar Pichai of Google was in the Oval Office working very hard to explain how much he liked me, what a great job the Administration is doing, that Google was not involved with China's military, that they didn't help Crooked Hillary over me in the 2016 Election, & that they are NOT planning to illegally subvert the 2020 Election despite all that has been said to the contrary," he wrote.

.@sundarpichai of Google was in the Oval Office working very hard to explain how much he liked me, what a great job the Administration is doing, that Google was not involved with China’s military, that they didn’t help Crooked Hillary over me in the 2016 Election, & that they...

"It all sounded good until I watched Kevin Cernekee, a Google engineer, say terrible things about what they did in 2016 and that they want to 'Make sure that Trump losses in 2020.' Lou Dobbs stated that this is a fraud on the American public. Peter Schweizer stated with certainty that they suppressed negative stories on Hillary Clinton, and boosted negative stories on Donald Trump. All very illegal. We are watching Google very closely!" 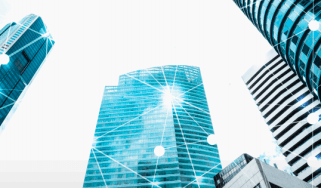