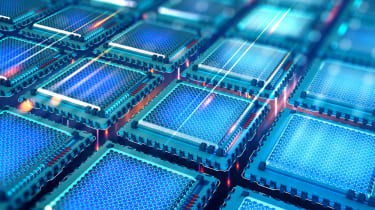 IBM has announced the opening of a Quantum Computer Centre in New York that will provide quantum computing over its cloud network.

The centre will be home to the tech giant's 14th quantum computer, a 53-quantum bit, or qubit, model that will form the data-processing element of the service.

IBM said this will be the single largest quantum computer system available for external access. For context, Google has a 72-qubit computer, but, so far, hasn't let outsiders run programs on it.

Despite the technology still being largely experimental, IBM has already worked on a number of potential case studies with major clients. According to Dario Gil, director of IBM Research, the firm's strategy is to move quantum computing beyond isolated lab experiments and into the hands of tens of thousands of users.

"In order to empower an emerging quantum community of educators, researchers, and software developers that share a passion for revolutionising computing, we have built multiple generations of quantum processor platforms that we integrate into high-availability quantum systems," he said.

"We iterate and improve the performance of our systems multiple times per year and this new 53-qubit system now incorporates the next family of processors on our roadmap."

To start, ten quantum computer systems have been put online through IBM's Quantum Computer Center. Its fleet is now composed of five 20-qubit systems, one 14-qubit system and four 5-qubit systems. Five of these systems now have a Quantum Volume of 16 - a measure of the power of a quantum computer - demonstrating a new sustained performance milestone.

Earlier this month IBM announced a partnership with applied research organisation Fraunhofer Gesellschaft to study quantum computing in Germany. The tech giant hopes to be a hub in the country as the technology accelerates.

What's more, IBM is already working on potential use cases with partners, such as bank J.P. Morgan Chase, which has proposed a quadratic speedup algorithm that could allow financial analysts to perform option pricing and risk analysis in near real-time.

The tech giant is also working with Mitsubishi Chemical to develop a quantum computing process to understand the reaction between lithium and oxygen in lithium-air batteries, with the hope that it could lead to more efficient batteries for mobile devices and cars.