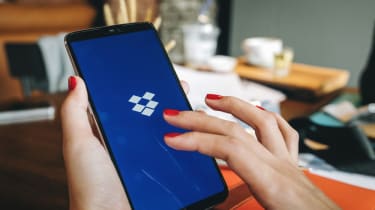 Dropbox has launched a slew of new features as part of its new desktop app that aims to reposition the file-sharing service as a digital workplace hub.

The headline Dropbox Spaces addition aims to transform folders into collaborative workspaces in which teams can organise and share documents, as well as synchronise calendars and facilitate better communications.

The smart workspace feature will also introduce several key integrations over the course of the next few months, including Paper, HelloSign and Trello. Spaces will also allow workers to add comments directly into files, and configure a notifications feed.

This is part of the company's wider ambitions to shake off its image as a mere cloud storage service and branch out into productivity. The cloud firm first announced a huge overhaul of its desktop app in June, and announced several features like G Suite and Microsoft Office integration, as well as native integrations with partners like Zoom and Slack.

Dropbox also launched a file-sharing service in July called Dropbox Transfer, which aims to combat the limitations of sharing large files via email. This feature will also make its way into the company's flagship desktop app in the coming months.

"When we talk about the experience of using technology at work, what was stunning to me, even a few years ago was like, man, our industry just keeps making things more complicated, and just keeps throwing new stuff onto the pile," Dropbox founder and CEO Drew Houston told Cloud Pro in June. "Like, who's making everything work together?

"Increasingly we saw that our customers are seeing Dropbox more as this workspace in which they use the Office suites and things like that, which triggered a pretty big mental shift for us and completely changed the concept of the product that we wanted to build."

The company has also made a number of key changes to Dropbox Business, hoping to make lives easier for IT administrators and team managers. These additions include greater access to employee activity and tools for data security and compliance.

Through the enterprise console, IT admins can gain high-level control and visibility while also delegating levels of control to individual team leaders in appropriate cases. Users can also be reviewed and managed across several workspaces, with different controls and settings based on the needs of each department.

Staff can also be monitored through an activity page with search functionality, and the capacity to filter and report, and take quick action. The firm has also teased a dashboard, set for a future release, that will allow for high-priority user activity to be highlighted.