Why do we keep so quiet about our tech successes?

The UK tech industry has a lot to be proud of, but why are we so shy of shouting about it? 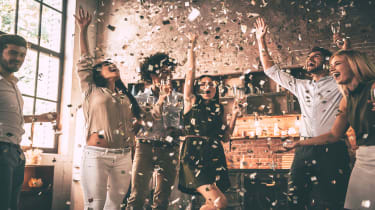 One of the things I love about working in B2B tech journalism is just how fast-moving and dynamic things are. It’s a really vibrant part of the tech sector and one I’m proud to have been part of for quite a few years now.

I remember back in the days when I started out as a rookie journalist. No one really cared about business technology. No, back then, it was all about the shiny stuff. The cool stuff. The stuff we – on the face of it – just didn’t understand in the enterprise space.

But they were wrong. And the wider world has now started to realise that. For all the cool and exciting stuff happening right now (or two weeks/two years ago or the same period in the future), it wouldn’t be possible without enterprise tech developments.

The Internet of Things (IoT), is just one example. The experts are predicting an explosion in the volume of connected devices. Indeed, Gartner, believes the IoT will comprise 26 billion connected units this year, compared to less than one billion back in 2009. That’s epic growth that will, likely, continue unabated.

But all of these devices are linked to some kind of backend infrastructure, whether it is largely physical or completely cloud-based.

Let’s face it; the backbone of consumer IT is the enterprise. Long before people talked about shadow IT and how workers were getting excited about new consumer tech and then trying to get it into the workplace under the radar, the enterprise folks had already figured it out and worked out the value of it right now, right then.

For a long time, the IT department had been given the somewhat-unfair moniker of the department of no, the gatekeepers, and the killers of dreams/fun. They said no to something users thought was a fantastic idea to bring into the workplace. Or so it seemed.

In reality, they said “not now” their reason being they already clearly knew the value of that tech (heck, they probably helped its development), they just needed to do a few checks and balances on the infrastructure and network level to ensure all those new snazzy things would be secure and make corporate life better rather than worse.

Shadow IT isn’t a problem, by the way, it’s an opportunity for those in the driving seat to have an honest (and perhaps at first uncomfortable) conversation with end-users who reside in the back seat. Try and understand their position and point of view and they may, in turn, have a much better grasp on where you’re coming from and the role you and technology can best play in their lives.

We don’t seem to have done a great job of talking about that, at least historically. We’ve accepted the doom and gloom associated with IT decision-making and waited, patiently, in the wings, for our star to shine once again.

With that in mind, we should be doing a much, much better job of PR in the tech industry. Rather than amplifying the negatives, we should be reaching for the megaphone and lending a receptive, listing ear to the positives, the success stories.

Indeed, with all the talk of digital transformation, shouldn’t we be using this opportunity to re-evaluate and transform the way we look at things?

Now seems like a perfect time to get you thinking about your successes. Particularly when it comes to the cloud. Our sister title Cloud Pro, alongside the Cloud Industry Forum (CIF), will be hosting the 2020 UK Cloud Awards at the Brewery in London on 4 June. Nominations close on 27 March.

Please do make sure you are part of that success story when we join the great and the good to celebrate our collective achievements.

You can find more information about the awards and entry criteria here.