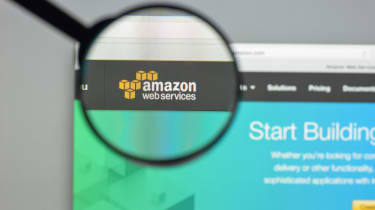 Amazon has filed a lawsuit against former Amazon Web Services (AWS) VP of product marketing Brian Hall, alleging that his new role at Google Cloud fails to comply with the terms of his confidentiality agreement.

Hall signed the contract with Amazon in June 2018, but his lawyers argued that executives at the company, including former AWS VP of worldwide marketing Ariel Kelman, led him to believe the company would not enforce its non-compete provisions.

According to court filings, Hall slams the clause as “overbroad, unreasonable, and unenforceable”, adding that his new role at Google Cloud “will not require him to use or disclose any Amazon confidential information”.

“To Hall, that was understandable: as drafted, the clause sweeps far more broadly than necessary to protect Amazon’s legitimate business interests," the court filings state.

"Kelman also told Hall that he had never seen Amazon attempt to enforce the clause against a marketing employee, even though several such employees had previously departed for similar positions at Amazon’s rivals. Hall accepted his position with Amazon in reliance on those representations.”

Amazon believes that Hall’s position at Google Cloud, one of AWS’ biggest rivals, could sabotage the confidentiality of Amazon’s competitive information.

The company is planning to enforce the non-compete provisions of Hall’s contract, banning him from working in cloud product marketing for Google, or any other AWS competitor, for 18 months.

According to Amazon, which filed the lawsuit on 18 May, Hall “helped develop and knows the entire confidential Amazon cloud product roadmap for 2020-21”.

“Virtually every day, Hall worked with Amazon’s most senior cloud executives to create and execute those plans. As a result, he was entrusted with an unusually broad view into Amazon’s cloud product plans; its priorities; and its competitive strategy”, the filing reads.

The case could set a precedent for the treatment of similar non-compete provisions which, until now, most often concerned employees in the engineering sector, and not marketing leaders.

The news of the lawsuit comes days after SpaceX CEO Elon Musk blasted Amazon and its founder, Jeff Bezos, on Twitter, telling the company that "monopolies are wrong"