Intermittent problems downed cloud services in the UK, Europe, Asia and the US 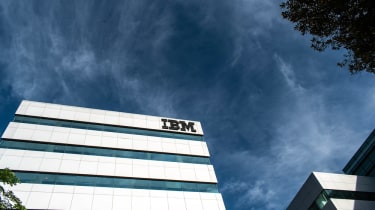 The service was hit by sporadic outages and issues in the UK, the US, Sydney, Tokyo and more for several hours on Wednesday night, according to reports.

Users have complained of problems logging in to the service, while those already online have had difficulty accessing virtual private cloud services, Kubernetes workloads, Watson AI and other IBM Cloud functions.

IBM's Cloudant Dashboard and APIs were down for three hours in both London and Frankfurt, with LogDNA Indexing suggesting that processing issues were also seen at the German site and IKS container services suffered 12 hours of disruption in Dallas, US.

IT Pro has approached IBM for comment, with the firm yet to address the problem. It was a little more forthcoming with the major incident it suffered a fortnight ago, which it blamed on a "third-party network provider".

That outage took 80 dater centres offline, impacting its cloud computing services including Red Hat. The firms own status page was impacted by the problem with its internal server error page reading: "Sorry, we've encountered an error on our end, and our developers are working on clearing this up. Please try reloading the page or following these links back".

It's worth noting that IBM did not immediately address the earlier outage but did release a statement on its Twitter account that services were being "restored to full services as soon as possible".

The earlier outage was due to an "external network provider flooding the IBM Cloud network with incorrect routing". That resulted in severe congestion of traffic that impacted IBM Cloud Services and datacentres, according to IBM.