‘Isolated Region’ was scrapped in May, according to two anonymous sources 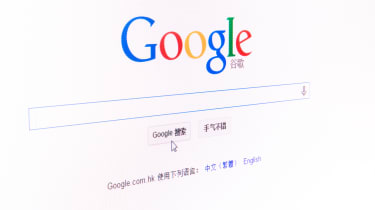 Google has decided to abandon the development of a controversial cloud computing project named “Isolated Region”, which catered to various governments’ desires to control data within their borders.

The tech giant scrapped the initiative in May, partly due to the coronavirus pandemic but also due to the rising geopolitical tensions between the US and China, where Isolated Regions was being developed, according to two anonymous Google employees speaking to Bloomberg.

The project, which was launched in early 2018, sought to comply with Chinese regulations which require Western companies to form a joint venture with a Chinese partner company when they provide data or networking services. However, the development was paused in January 2019, reportedly due to Google choosing to focus on potential customers in Europe, the Middle East and Africa.

However, according to one source, the geopolitical issues placed demands on Isolated Region that Google was not capable of delivering.

A Google spokeswoman refuted the claims made by the employees, telling Bloomberg that Isolated Region wasn’t shut down for either of the given reasons and that the company “does not offer and has not offered cloud platform services inside China”.

Google has said that the cloud initiative was cancelled because “other approaches we were actively pursuing offered better outcomes”, although it has yet to elaborate on the specifics of these approaches.

“We have a comprehensive approach to addressing these requirements that covers the governance of data, operational practices and survivability of software,” the spokeswoman said. “Isolated Region was just one of the paths we explored to address these requirements.”

“What we learned from customer conversations and input from government stakeholders in Europe and elsewhere is that other approaches we were actively pursuing offered better outcomes."

The news comes just days after Google, alongside Microsoft, Facebook and Twitter, made the decision to suspend the processing of user data requests from the Hong Kong government, following the implementation of a new security law that criminalises protests. The Hong Kong government reportedly requested data from Google users 105 times in 2019 alone.