Oracle to put its own hardware in customer data centres 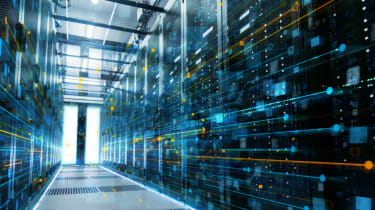 Oracle has announced a package for enterprise customers to give them the full benefits of the company’s public cloud services while retaining all their data on-premise.

Dubbed Oracle Dedicated Region Cloud@Customer, the service is touted as the industry’s first fully-managed cloud region that brings more than 50 cloud services that can run from customers’ own data centres.

With packages starting at $500,000 per month, installing Oracle hardware in their own data centres allows enterprise customers with high security and regulatory commitments to benefit from cloud-based software without migrating their data.

Previously, Oracle customers adopting hybrid cloud configurations weren’t necessarily able to use all of the company’s cloud-based services due to incompatibility with their own hardware.

This new service will allow customers to port the entirety of Oracle's software stack to their own data centres by installing Oracle hardware onsite.

"Enterprise customers have told us that they want the full experience of a public cloud on-premises, including access to all of Oracle's cloud services, to run their most important workloads," said executive vice president of engineering for Oracle Cloud Infrastructure, Clay Magouyrk.

"With Oracle Dedicated Region Cloud@Customer, enterprises get all of our second-generation cloud services, including Autonomous Database, in their datacenters. Our major competitors can't offer customers a comparable dedicated cloud region running on-premises."

However, the service will likely draw attention from those who campaign against practices that create vendor lock-in, as the installation of Oracle's own hardware may make it more difficult for enterprise customers to transition to other providers should they wish.

Taking the fight to AWS

The move also represents an attempt to bring the fight to Amazon Web Services (AWS), as part of a long-running feud between the two companies, with Oracle taking on the highly similar AWS Outposts service.

Ellison threw additional barbs at AWS while making the announcement, claiming Oracle’s compliance certifications and management are the same across the public cloud and dedicated region, unlike AWS Outposts.

He also highlighted AWS’ role – as he sees it – in last year’s infamous Capital One data breach in which the personal information of 100 million customers was targeted by cyber criminals due to a misconfigured web application.

The Oracle CEO said it happened because Amazon cloud databases require complex and manual provisioning, configuration, encryption, backup and security, suggesting it was very complicated and that human beings can make mistakes as a result, leading to data loss.

“With Oracle, it is 100% automated and users cannot make mistakes on 100% automated processes. It is the only database where a person who runs the database has no access to users’ data,” he added.

Despite the war of words, however, AWS still dominates the cloud market, leading the industry in terms of market share, followed by Microsoft Azure and Google Cloud Platform.