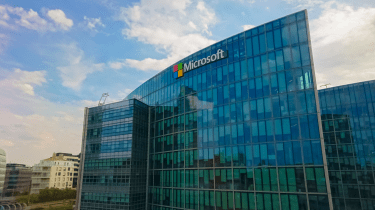 Although elements of the contract in the JEDI cloud infrastructure project, worth $10 billion over ten years, are still not fully settled, the industry giant is increasingly keen to pursue similar deals outside of the US.

The company is indeed in the process of signing deals similar in shape to the cloud infrastructure project assembled for the US Department of Defense, according to people familiar with the matter speaking with CNBC.

This has come after overseas governments have begun to show an interest in replicating the type of relationship that Microsoft has formed with the Pentagon. Microsoft, specifically, has staffed the project with people who hold security clearances and has committed to delivering existing products and services, as opposed to specifically-built technologies at a customised price.

However, the company’s move to focus on more government contracts comes at a time when its JEDI contract work has been put on hold due to a legal challenge from Amazon. The rival cloud company is especially aggrieved as it feels the contract was awarded unfairly.

This conscious evolution in Microsoft’s cloud strategy will likely be formally announced later this year, a source told CNBC, with overseas intelligence agencies and militaries set to be key customers. Another source said the firm had already established JEDI-like cloud contracts with foreign governments, although it’s not clear which countries are the main focus.

Rethink the cloud as you respond, reset and renew

“We’ve worked with governments around the world on a longstanding and reliable basis for four decades,” a Microsoft spokesperson told CNBC.

“We have government customers using our products to enhance their services with the latest in commercial innovations, deeply engage and connect with citizens in powerful ways, and empower government employees with the modern tools they need to be more efficient and effective, and to give them time back to focus on their agency mission.”

The JEDI work is currently on hold while the Pentagon re-examines elements of the contract, which Amazon said were ridden with errors and which a judge suggested may not comply with current standards. The Pentagon was due to finish the examination last week, on 17 August, although it requested a 30-day extension earlier in the month, according to Nextgov.