The agreement also involves a skills fund to train 6,000 civil servants, and open up procurement to SMBs 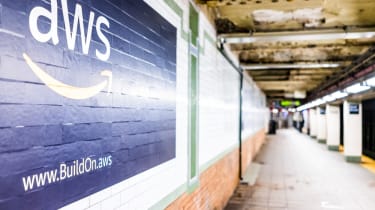 Amazon Web Services (AWS) has struck an agreement with the UK government to accelerate the public sector’s digital transformation drive, boost digital skills and raise the level of participation among smaller cloud providers.

The ‘One Government Value Agreement (OGVA)’ is a three-year memorandum of understanding (MoU) between AWS and the Crown Commerical Service (CCS) that spans two tiers for both smaller and larger organisations.

Cloud services will become available to the public sector as a single client, offering more cost savings for deployment against organisation-by-organisation deals. AWS will also establish a digital skills fund, which will train more than 6,000 civil servants in cloud computing free of charge.

The first tier supports organisations at the beginning of their cloud journeys, allowing them to conduct their first cloud projects with support such as bespoke training, workshops, and “cloud credits” for new research projects. The second tier, aimed at larger organisations already well underway in terms of using cloud services, offers various additional services they can take up and advantageous pricing structures.

“This agreement with AWS demonstrates excellent value for the public sector organisations we serve, and supports them in their drive to improve services for citizens across the UK.”

This is an agreement in the same mould as those struck earlier this year between the government and major cloud providers such as UKCloud, Google Cloud, and Oracle.

IBM, for example, struck an agreement that would allow public sector organisations to benefit from ‘preferential commercial terms’ when moving their workloads to the cloud. HPE, meanwhile, struck a deal with the UK government to provide hybrid cloud services on a pay-per-use model.

In addition to the skills find, the AWS agreement specifically contains an element that hopes to encourage the uptake of services by smaller cloud providers and AWS partners. More than 150 members of the AWS Partner Network would be able to pitch their own services to public sector organisations, including many cloud-based small and medium-sized businesses (SMBs).