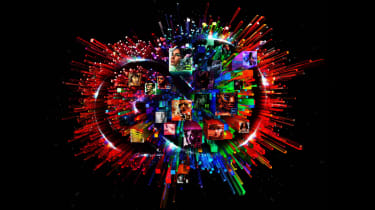 Adobe Creative Cloud prices are set to leap next month - the latest software to see prices climb due to the exchange rate carnage following Brexit.

Rather than publicly lay out the full price increases, the company sent messages to subscribers, depending on the products they use.

That left industry websites to tally up the price bump from emails forwarded by readers, with Digital Arts Online totting up most of the changes.

Those increases are all about 11%, but students face a 62% leap from 15.49 a month to 25.28 - however, Adobe pointed out that students get a 50% discount in their first year, so the actual difference is similar to the price increases seen by others.

The price hikes start on 6 March, but if you're a subscriber, the price won't increase until you renew. In that case, the price may not leap by the amount noted in the letters, as Adobe said it will "change to reflect the then current local currency price". Adobe said it would update subscribers closer to renewal time with more details of exactly how much they will have to pay.

A company spokesperson said: "Like many companies doing business globally, Adobe is making pricing adjustments based on fluctuating foreign exchange rates.  Markets impacted include Sweden and the UK where pricing varied slightly based on the specific Adobe offering. Select customers saw the same price adjustments but adjustments may have appeared to be larger if they were coming to the end of a specific promotion."

The statement added: "For example, a customer who was part of a promotion that discounted the product by 50% for the first year would receive an email communication indicating that the promotional pricing period was ending and they were shifting to standard pricing while also noting the fluctuation on the foreign exchange rate. We will monitor currency fluctuations and make pricing adjustments as necessary."

Adobe warned in January that fluctuating currency rates in Brazil, Sweden and the UK would affect prices. "We monitor currency fluctuations and make adjustments only when necessary," the company said at the time. "Our ability to align with fluctuations in currency rates will enable us to continually innovate and deliver great value through our products and services.

Adobe isn't the first company to fiddle with prices because of Brexit, with Microsoft's climbing 22% and Apple's App Store up 25%.