What to expect from AWS Re:Invent 2019 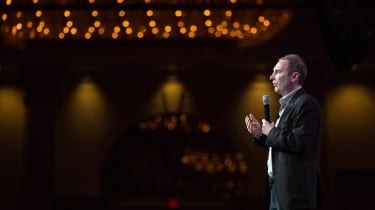 The card tables at las Vegas will have to make way for cloud computing this week, as AWS is in town for Re:Invent 2019.

Last year the conference took place in eight venues, with some 50,000 cloud computing enthusiasts descending on the city of sin. There was a lot to take in too, from new blockchain and machine learning service to even satellite data platforms, the announcements came thick and fast.

AWS is the leading provider of public cloud services, so naturally its annual conference is gargantuan. It can’t afford to rest on its laurels, though, as its rivals are building up their own offerings and gaining on Amazon fast. In just the last year Microsoft has invested heavily in Azure with a string of acquisitions for migration services, while IBM has changed focus with its massive Red Hat deal and Google is ploughing so much into its cloud it’s hurting Alphabet earnings.

This is without mentioning the biggest cloud computing deal of the last two years, the Pentagon’s JEDI contract, being awarded to Microsoft, despite AWS being the clear favourite for much of the bidding.

Bearing all this in mind, I do expect to see a slew of new products and services unveiled throughout the week.

AWS tends to do marathon keynotes that run on for three hours and overflow with announcements. Last year CEO Andy Jassy fired through new products and special guest customers with the same stamina that saw Eliud Kipchoge recently break the world record over 26.2 miles.

Jassy is, of course, back again this year, for not one but two keynotes. On Tuesday he will deliver his main opening day presentation, while on Wednesday he will join the head of worldwide channels and alliances, Doug Yeum for a fireside chat.

CTO Werner Vogels will be on stage on Thursday with an in-depth explainer on all the new products. This two hour deep dive is definitely one for the diehard fans of cloud architecture, with all the technical underpinning you crave. For the frugal, get there early – the first 1,000 guests in the keynote line will get a special piece of “swag”, according to the website.

Last year, machine learning and the AWS Marketplace took precedence and 2019’s event should hold more of the same. Recently, the company announced the launch of the AWS Data Exchange, a new hub for partners to share large datasets that customers can use for their machine learning and analytical programmes.

The customer element is key for AWS, as it often integrates and shares these innovations. Last year, head of Formula 1 Ross Brawn joined Jassy on stage keynote and showcased what his sport had done with AWS Sagemaker and other machine learning services. Interestingly, the basic idea for the prediction models they used came from a London-based startup called Vantage Power that developed the technology to predict the lifespan of electric batteries in buses.

Doubtless there will be some kind of machine learning update, but what it is could depend on what AWS customers have innovated. Last year the company announced a partnership with NFL app Next Gen Stats, the automation of NASCAR’s video library and multiple services with US-based ride-hailing firm Lyft. Vegas is all about gambling, but it’s a safe bet that at least one of these companies will be in attendance to talk through case studies.