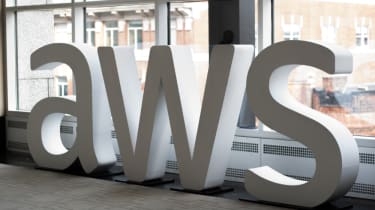 Amazon Web Services has helped plenty of companies, from small startups to global giants, prop up their computing power, but now it's accused of "strip mining" software from other tech firms.

According to a report in The New York Times, Amazon is accused of taking advantage of open-source technologies, noting which are popular among AWS users, and then rolling out its own version of the service. The accusations aren't new, but seven open-source companies targeted met to discuss taking legal action against Amazon, the report suggests, but have so far not brought a case.

The story points to a company called Elastic, which offers an open-source, free-to-use search tool for data analytics called Elasticsearch. In 2015, Amazon announced it would offer a managed version of the open-source search tool. Open source companies generally, though not always, make their revenue by selling support or management for their free-to-use software, meaning Amazon was cutting in on Elastic's business.

Elastic retalied shortly thereafter by adding new features that were only for premium users, the report says; Amazon simply added the same features. The battle being highlighted has carried on in the intervening years.

In March of this year, Amazon unveiled a fork called Open Distro for Elasticsearch saying the tool had become "increasingly central" to users worldwide, thanks to its "permissive" Apache 2.0 license, according to a blog post by AWS vice-president of cloud architecture strategy, Adrian Cockcroft.

"Unfortunately, since June 2018, we have witnessed significant intermingling of proprietary code into the code base," said Cockcroft. "While an Apache 2.0 licensed download is still available, there is an extreme lack of clarity as to what customers who care about open source are getting and what they can depend on. For example, neither release notes nor documentation make it clear what is open source and what is proprietary."

That means any changes to the code — such as to patch a bug or add a feature — could be a breach of license, and loss of the right to use the software. To give AWS users "certainty", Amazon teamed with Expedia and Netflix to fork off into their own open source version, the Open Distro for Elasticsearch.

In response, Elastic founder Shay Banon warned of the dangers of such splintering in a blogpost, denying Amazon's accusation that anything has changed with the code's license. "Our products were forked, redistributed and rebundled so many times I lost count. It is a sign of success and the reach our products have," Benon said. "From various vendors, to large Chinese entities, to now, Amazon. There was always a reason, at times masked with fake altruism or benevolence. None of these have lasted."

In September, Elastic sued AWS for trademark violations and false advertising for the original product as well as Open Distro, saying customers are "likely to be confused". Amazon has denied the accusation, but did not reply to a request for comment at the time of publication.

While we need to wait for the outcome of that particular case — and it may well be settled out of court — this isn't the first time Amazon has been accused of "strip mining" rival companies, in particular those offering open-source software. MongoDB, MariaDB, and RedisLabs have made similar complaints, and it isn't limited to software: reports have noted a similar practise with shoes, with Amazon selling a pair remarkably similar to those made by Allbirds.

But Amazon makes much more from AWS than it does selling retail products such as shoes. Earlier this year, results reports revealed AWS makes up half of Amazon's total profits, growing 41% year on year — so expect Amazon to defend its corner.