AWS is bringing Apple's macOS to its cloud service

Analyst claims the partnership between AWS and Apple has "formidable potential" 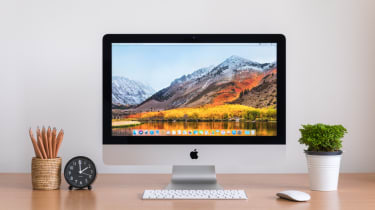 Amazon Web Services (AWS) has announced that Apple's macOS operating system will be available on its cloud service for developers.

Amazon EC2 Mac instances for macOS and will run on Mac mini computers and will support developers building apps for the iPhone, iPad, Mac, Apple Watch, Apple TV and Safari.

This is the first big announcement to come from AWS re: Invent, which started on Monday as a three-week virtual conference. The cloud giant previously offered EC2 instances for Windows and Linux, but has now opened it up to macOS which is a popular system for many developers.

What's more, AWS has also said that cloud support for devices with Apple's new M1 chip is planned for 2021.

AWS will make Apple computers available in its data centres, starting with the Mac Mini, which will help developers to create and test apps remotely rather than maintain their own devices. It's thought this could help Apple to further pivot towards building more of its own software and services.

"You can provision new instances in minutes, giving you the ability to quickly and cost-effectively build code for multiple targets without having to own and operate your own hardware," said Jeff Barr, AWS chief evangelist. "You pay only for what you use, and you get to benefit from the elasticity, scalability, security, and reliability provided by EC2."

CCS Insight senior VP Nick McQuire suggested that the growing partnership between AWS and Apple will likely be the headline trend at re: Invent 2020.

"Not only will this move help to improve the cost, security and efficiency of building applications, what is most interesting is the potential for 5G capabilities down the line as both parties have been pioneering 5G solutions to the enterprise in 2020," he told IT Pro.

"When you consider the direction mobile phones and applications are taking, with low latency and high throughput becoming the norm in support of technologies like VR, AR, edge computing and media streaming, for example, this AWS and Apple tie-up has formidable potential."