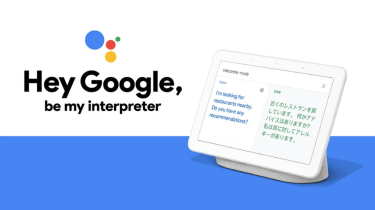 Google is bringing its real-time translation tools to businesses via Volara and Sonifi.

Google Assistant's interpreter mode already translates conversations in 29 different languages in real-time on supported smartphones and smart displays, but Google is now working with the two systems integrator partners to make it easier for businesses to make use of the system.

The system uses a Google Nest Hub smart display, showing the translations on the screen and speaking them aloud. Volara and Sonifi will help rollout the technology, and offer consulting, training and technical support to customers.

The aim is to offer instant translations for hotel desks, airports and other places where language challenges occur. Google suggested it was already in use at terminal four at JFK airport in New York, in airport lounges in Los Angeles, at Caesars casinos in Las Vegas, and even used by aid organisations Mercy Corps and Human Rights First.

Lilian Rincon, Senior Director of Product Management for Google Assistant, explained in a blog post that interpreter mode has been used at JFK airport's terminal four to help travelers get help finding luggage pickup, navigating the terminal, locating shops, and more, while staff are using the system to communicate more easily with passengers. "Of all customers in T4, 65% are international travelers, many of whom are visiting the US for the first time," she said. "Flying can be very stressful for passengers, especially when struggling to understand the native language."

Alongside the systems integrator partnerships for translation, Google announced new features for Google Assistant, including support for scheduled actions — meaning you can finally use Google Home to programme smart home devices for a specific time.

Announced at CES, Scheduled Actions are one of several new features in Google Assistant, which the company said is now used by half a billion people globally, with support for more brands being added.

Scheduled Actions means you'll be able to choose an on/off time for compatible smart home gadgets. "For example, you can say, 'Hey Google, run the coffee maker at 6 am'," explained Manuel Bronstein, vice president of product for Google Assistant, in a blog post.

Bronstein added that it'll now be easier to setup smart home devices using Google Assistant. "When you set up your smart device through the manufacturer’s app, you’ll receive a notification on your Android phone or see a 'suggestion button' when you open up the Google Home app that will prompt you to connect the device with your Assistant," he said. "You’ll then be able to easily complete set-up in just a few taps without needing to re-enter your account credentials."

Alongside the smart-home features, Google at CES also demonstrated Assistant reading aloud long-form content, such as news articles or short stories. "Unlike traditional screen readers, this experience is built on new voice datasets to create more expressive and more natural sounding voices, so it’s easier to listen for a longer period of time," said Bronstein. Google is working on automatically translating such documents into different languages, as well as highlighting text as its read aloud.

Google also unveiled tools to share notes with the rest of your household, showing messages on smart displays without anyone needing to sign in — essentially, a digital post-it note — as well as new speed dials to more easily make calls. Both features will arrive later this year. 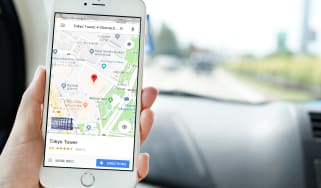 Google Maps may soon help you connect to mass transit