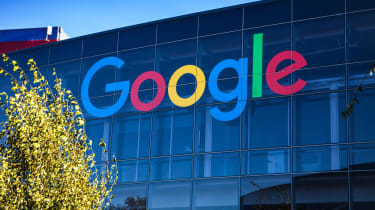 Google's parent company Alphabet has become the fourth US tech company to reach a market value of $1 trillion (£765 billion), ending trading at $1,451.70 per share on Thursday.

It will hold a quarterly conference to discuss Q4 and 2019 financial results on 3 February but Wall Street Analysts are expecting it to report revenue of $46.9 billion - up 20% year-on-year.

Alphabet is now part of a US tech elite with Apple, Amazon and Microsoft all having reached the $1 trillion market cap over the past two years. The iPhone maker was the first to surpass the mark in August 2018 with Amazon hitting it a month later. Microsoft was the third company, doing so in April 2019.

Like Amazon and Microsoft, revenues from its cloud ventures are believed to have heavily contributed to Alphabet's overall growth, with the Google Cloud Platform doubling it's revenue run rate to £2 billion per quarter between February 2018 and July 2019, according to CNBC.

Cloud, Google's Play app store and Google's hardware division have all been key drivers for the company, according to its earnings report. In Q3 of 2019, revenue from these segments of the business increase 39% year-on-year.

"We are incrementally more constructive about what we perceive as multiple ways to get paid under the recently appointed Pichai regime," Levine wrote, as reported by Markets Insider. His evaluation is reportedly based on an estimate of Alphabet's 2021 EBITDA (earnings before interest, tax, depreciation and amortization).

Pichai took over as CEO of both Alphabet and Google after co-founders Larry Page and Sergey Brin stepped down in December. The change of leadership offers "the most optionality for multiple expansion for the stock we have seen in years," according to Levine, who also sighted Thomas Kurian's helm of Google's cloud business as a positive sign.