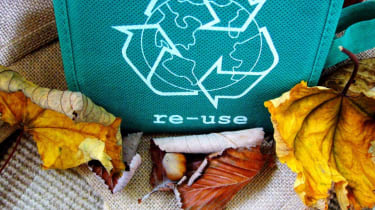 Do you know what your personal data footprint is? At the time of writing, I’ve got 16GB of data stored in my main Google account, 7GB in a secondary account and 12GB in my Dropbox. My external hard drive, largely occupied by my digital photo collection, has 1.6TB of data backed up to a Livedrive account. That’s not to mention all the photos I’ve uploaded to sharing sites such as Flickr, 500px and Amazon Photos over the years. I’ve largely abandoned Hotmail, Yahoo Mail and other accounts with who knows how much data sitting in them. In short, I don’t know what my data footprint is, but it’s well into the terabytes.

How much of that data do I actually need? How many of those files have I even accessed once in the past five years? It would be a very small proportion – certainly less than 10%. That photo collection, for example, includes all the RAW images from shoots, photos that might or might not be good enough to become a final edit. If I’m taking photos of an awards ceremony, I’ll shoot up to a dozen images of the same group getting an award, so I can be reasonably sure of getting one where nobody is blinking. All of those are kept, just in case, and I never get around to deleting the files I don’t need because… well, life’s too short.

We’ve been lured into building data mountains as a consequence of ever-improving storage technologies and free or cheap cloud storage. Every time I buy a new hard disk to house that overweight photo collection, it’s at twice the capacity of the old one for roughly the same price, letting me put off that clearout for another couple of years. When Gmail first launched, its whole pitch was “never delete an email again” because it was offering so much free storage. And the fact that I can backup my entire photo collection on Livedrive for a fiver a month means there’s little financial incentive for me to spend hours and hours deleting the files I don’t need. There’s no way of writing this without sounding like an entitled you-know-what, but in the time it would take me to clear the cruft from my photo collection I could earn more than the £60 per year it costs me in storage.

But, of course, all that wasted online storage comes at a much greater cost than merely the cash being dinged out of my bank account. All of that unnecessary data has to be stored and then backed up (potentially multiple times) on the cloud provider’s servers.

Take Google. The company has 19 different data centres dotted around the planet, according to its website. The company is a tad more reticent about giving out precise details of the size of these facilities, but you can see from the photo gallery that they’re enormous – factories the size of several football fields (my go-to point of reference), in many cases.

Google claims that in 2018, it purchased “100% renewable energy to match our annual electricity consumption for global operations”, and I’ve no reason to disbelieve that stat. But even leaving aside the sheer volume of energy required to maintain all that unnecessary data, there’s the physical server hardware, often made from rare minerals. And what happens to all that kit when it reaches end of life?

The problem is exacerbated by Google and others making it difficult to clear out the stuff you don’t need. Why are there no tools in Gmail that let you delete messages that haven’t been accessed in, say, the past two years? Why, when my Google Drive is warning me that I’m running out of free storage – and, by the way, would I like to pay for a hundred extra gigabytes? – are the tools that let you identify the space-hogs in your Drive tucked away in a settings menu? I’ve answered my own question there.

The same accusations could be aimed at Microsoft with Windows, Apple with macOS, Adobe with Lightroom, and so on. Nobody is giving any serious thought to helping people clear their data detritus. They’re complicit in the creation of huge data mountains, most of which wouldn’t be missed. And if I’m gathering terabytes of unnecessary data as an individual, imagine just how much is piling up inside companies, where compliance regulations and the threat of legal action over missing data trails mean almost everything is kept.

It’s not as serious as the plastic swilling around our oceans or the enormous piles of landfill, but it’s much easier to solve than either of those problems, too. My hope for this new decade is that tech firms start taking this problem seriously.