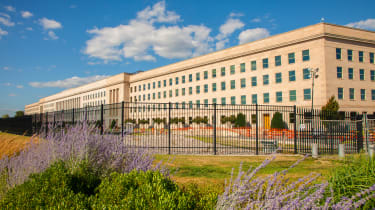 The Department of Defence (DoD) improperly evaluated a Microsoft storage price scenario, the US judge that halted work on the JEDI contract has said.

Federal Claims Judge Patricia Cambell-Smith added that because of this AWS is "likely to succeed" in its court challenge, according to Reuters.

The Joint Enterprise Defence Infrastructure project, awarded to Microsoft in October, is a $10 billion project to migrate the DoD's computer systems. It has been marred in controversy from the start, with companies like IBM and Oracle attempting legal action over its single-vendor nature.

A large part of AWS' complaint was that the bidding process was unfairly influenced by US President Donald Trump, but that was not mentioned in the Judge's opinion.

Campbell-Smith wrote that Amazon "is likely to succeed on the merits of its argument that the DoD improperly evaluated" a Microsoft price scenario. She added that the scenario assessed by the Pentagon was not "technically feasible".

In response, Microsoft dismissed the decision as it focused on a "lone technical finding" of data storage under one price scenario out of six, according to Reuters. The company is confident it would eventually be able to move on with the project.

"The government makes clear that in their view Microsoft's solution met the technical standards and performed as needed," a Microsoft spokesperson said.

This could be seen as the first real tech-related argument of the JEDI saga, with large sections of the lawsuit focusing on the alleged interference of US President Donald Trump, who reportedly became concerned with the bidding when other cloud providers complained of being unfairly excluded.

Trump also has a long-running feud with Amazon CEO Jeff Bezos, which is seen as a possible reason for his alleged involvement. Former Pentagon Secretary James Mattis is thought to have said that Trump directed him to "screw Amazon" out of a chance to bid on the contract.